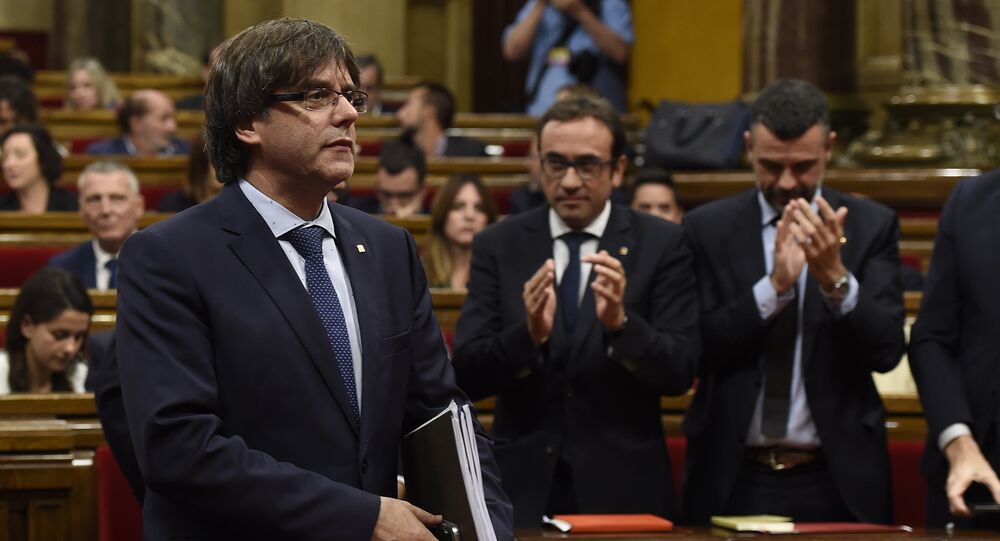 MADRID (Sputnik) — Catalan leader Carles Puigdemont called for a meeting of the autonomous community's parliament to discuss measures that could be taken in response to the Spanish government's decision to invoke Article 155 of the Spanish Constitution.

© REUTERS / Ivan Alvarado
Invoking Article 155 Is 'Worst Attack' on Catalonia in Centuries
Earlier in the day, the Spanish authorities decided to invoke Article 155 of the Spanish Constitution, which envisages suspension of some Catalonia's autonomy under specific conditions. In particular, the Spanish government announced its decision to dissolve the Catalan government and hold a snap election to the regional parliament as soon as possible.

"I ask the parliament to appoint a plenary meeting… to discuss the attempt to eliminate self-governance and democracy, and act in accordance," Puigdemont said in a statement.

Puigdemont said that "the threat is hanging over the Catalan people", and it was necessary to protect "the institutions peacefully and in a civilized manner."