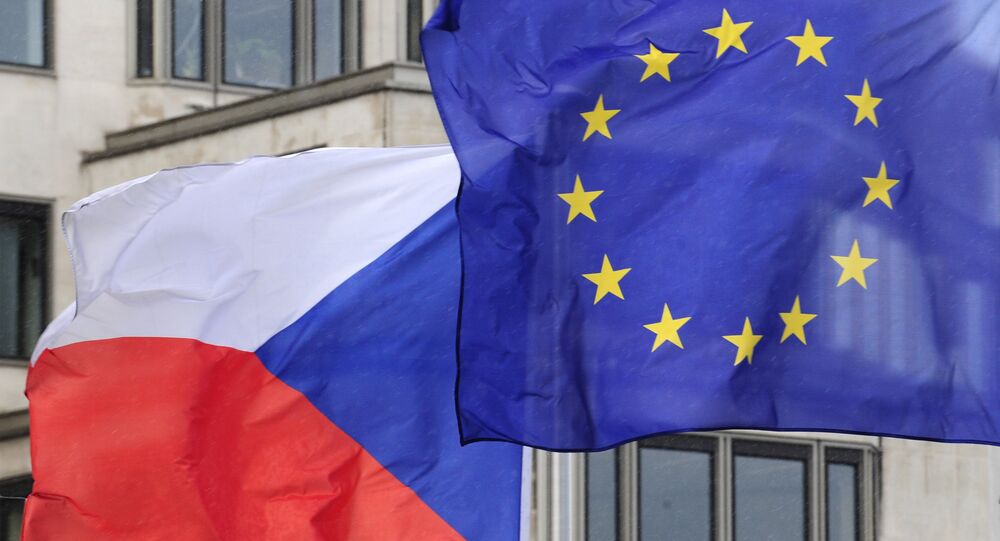 On October 20-21, Czech voters are casting their ballots to elect new members of the Chamber of Deputies, the lower chamber of the Czech parliament, as they do every four years.

MOSCOW (Sputnik) – The winning party or the parliamentary coalition will have the right to form the next government and appoint the country's prime minister. Currently, the government is made up by the coalition of the two leading parties, the Czech Social Democratic Party (CSSD) and ANO, a relatively new centrist anti-corruption party.

Opinion polls show that ANO, led by Andrej Babis, former finance minister and media mogul with a net worth of over $4 billion, will claim victory in the elections, securing between 67 and 69 seats. ANO means 'yes' in Czech and stands for "Action of Dissatisfied Citizens"; it identifies as a movement rather than a party. Today's ruling party, the CSSD, led by Foreign Minister Lubomir Zaoralek, has seen its ratings decline since March 2017, and the polls say that it will be able to claim only between 29 and 33 seats, closely followed by the Communists, who are projected to obtain 26-27 seats. The parliament is not expected to see the appearance of any major new parties.

Czech Republic citizens are voting to their parliamentary elections. Their current state of mind via @NicolasBecuwe @KantarPublic pic.twitter.com/q0ywrLwdTK

​The elections in the country are held across a total of 14 constituencies over two days, with the voters having the right to submit their ballots on either day. Czech citizens can vote for up to four candidates, listing them in terms of preference.

The voting stations will close late Saturday afternoon. The final results are expected to be announced not earlier than Sunday morning.