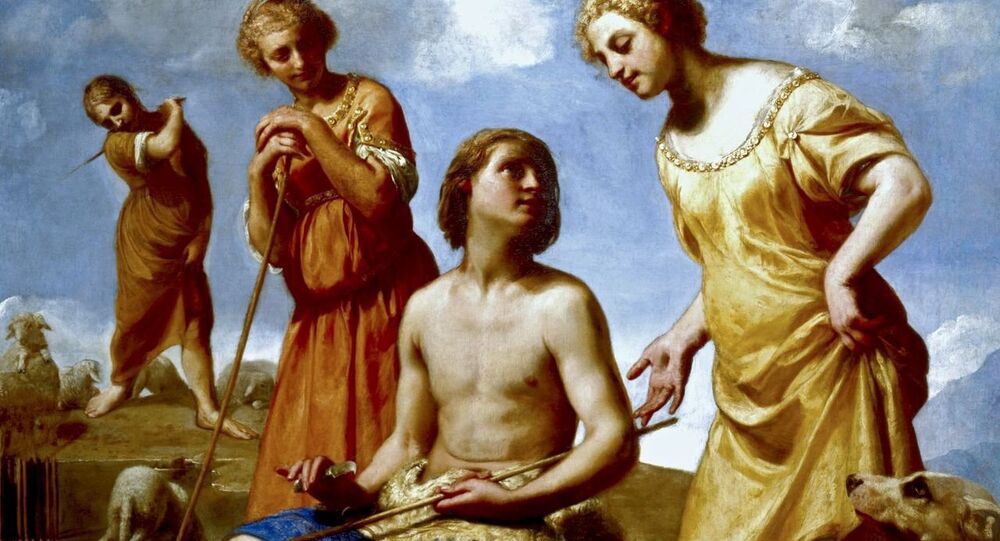 The Nordic and still largely Lutheran country of Sweden has recently been caught in a hot debate about polygamy. Plural marriage is being supported by members of Sweden's growing Islamic diaspora, as well as proponents of open relationships, such as polyamory.

Sparked by a case of a Syrian polygamist being granted several luxurious municipal homes and fueled by a children's book enlightening kids about diversity and traditions in some of the "new Swedes'" countries of origin, the polarizing debate about polygamy still rages on in Sweden.

According to Islam expert and pre-school teacher Suad Muhamed, Sweden, which currently is one the few European nations to recognize polygamous marriages concluded abroad, should go for a full-on acceptance for the sake of its growing Muslim diaspora.

"All Muslims who believe in the Quran and the Prophet's way know that a man may marry several women," 32-year-old Suad Muhamed told Swedish national broadcaster SVT, calling it "hypocrisy" when a man has a wife and, say, ten mistresses.

© CC0
New Swedish Books Enlighten Preschoolers About Islamic Clothing, Polygamy
Suad Muhamed grew up with a polygamous family in Ethiopia, yet enjoys a monogamous relation in Sweden. She admitted that it made her mother jealous, but contended that the acceptance of polygamy was "self-evident" for a practicing Muslim. Muhamed also suggested that polygamy was a male prerogative.

"The common and natural way is for woman to want just one man. If a woman wants more, then she gets called something different, a title nobody wants to have," Muhamed argued.

Polygamy was also keenly supported by among of Sweden's multi-partner circles, albeit without gender restrictions.

"I think it should be legal to marry several people, both for men and for women," Emma Lundin, an active proponent of polyamoria, told SVT, lamenting the society's duality and suggesting that the issue of polygamy is most often addressed from a strictly religious viewpoint, leaving aside other non-monogamists, such as herself. According to Lundin, people who are against it simply are afraid of change and are anti-feministic.

Meanwhile, columnist Catia Hultquist of Sweden's leading daily Dagens Nyheter went so far as to call heterosexual marriage a "patriarchal invention," "regardless of the number of wives." In an opinion piece, she took special pride in having raised three children without ever getting married.

By contrast, the idea of polygamy was strenuously rejected by Faisa Maxamed of the Left Party.

"In our homelands, women fight against polygamy. Polygamy is discriminatory, which is something that we in Sweden otherwise try to counteract," Faisa Maxamed wrote in an opinion piece in Aftonbladet.

"Sweden's understanding of other traditions is extensive. In the name of tolerance, plural marriage can thus become justifiable even in Sweden," Nalin Pekgul warned.

Previously, the idea of polygamy was supported by the Center Party Youth Wing (CUF) in an article from 2016 called "All love is good love" and penned by CUF members Hugo Pringle and Caroline von Seth.

Earlier this year, polygamy was also supported by the Liberal Party Youth Wing (LUF), in a series of tweets showcasing the party's stance. Together with "quantity-neutral" marriage, however, LUF also advocated the legalization of incest and necrophilia, which raised many eyebrows.

Some Swedish parties are considering legalizing necrophilia and incest. Finally, your marriage to your sister's corpse will be recognized.

​​At present, there are about 300 cases of polygamy registered in Sweden. In late September, Migration Minister Heléne Fritzon commissioned the Tax Agency to map out these marriages.