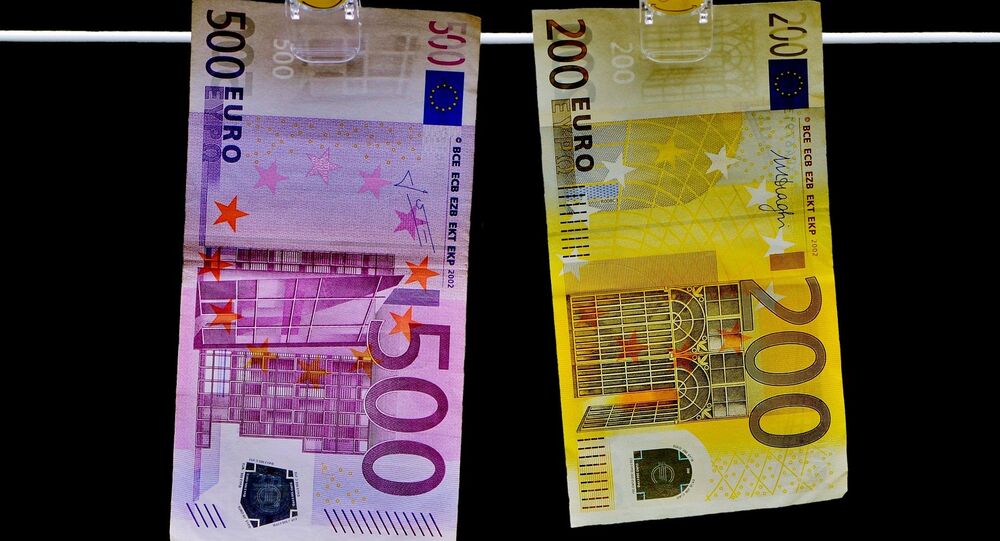 751 Fiddlers Under One Roof: ECJ to Rule on Whether MEP Expenses Can Be Public

As a result of a long-running legal campaign, the European Court of Justice is to rule on whether the full details of how members of European Parliament spend their expenses, and what on, are made public.

The European Court of Justice (ECJ) is to begin hearings on whether the public has the right to know exactly how such taxpayer money is spent by MEPs in expenses every month, and whether data protection laws offer gives legislators some leeway to keep certain activities secret.

Current rules enshrine opacity, and offer much opportunity for fiddling and fraud.

​The case stems from an attempt in 2015 by a group of journalists to scrutinize MEPs' monthly invoices, but parliament refused on the basis of data protection rules, "excessive workload" and not all such records being held. Parliamentarians ruled only the European Union's anti-fraud office (OLAF) and national police can investigate and access MEP expenses data.

Some MEPs already openly publish their expenses — for example, UK Green MEP Jean Lambert posts both her general expenditures and receipts on her website — although such openness is relatively rare.

In all, 53 MEPs disclose such information, out of a 751-strong parliament — just over seven percent.

Every month, MEPs receive a lump sum of over US$5,085 (€4,300) for general expenditure on things such as office rent and phone bills, amounting to US$47.3 million (€40 million) annually for all 751 parliamentarians.

© Photo : Pixabay
Black Hole in Europe's Heart: Corruption Costs EU Up to $1 Trillion a Year
A further US$30,000 (€24,000) is given per month to pay for staff, and a flat-rate of US$360 per day goes towards hotels and meals. Almost US$5,000 (€4,200) is given annually for travel expenses between Brussels and Strasbourg, where parliament meets for plenary sessions. These amounts are all given on top of a monthly pre-tax salary of over US$10,000.

No records are kept of how an MEP spends their lump sum payments, and how much they spend — these activities simply aren't audited.

Some MEPs refuse to even disclose where their private offices are, although it's known some — including Manfred Weber, chair of the center-right EPP group — base these operations in their private homes.

In April, MEPs overwhelmingly voted against proposed transparency amendments that would require them to create a separate account to track general monthly allowances, despite the European Commission being beholden to such rules.

Nevertheless, the Commission did not adopt such requirements easily — compelling the EU's executive body to publish its expenses has been a piecemeal process, with bitter legal battles every step of the way. For instance, in 2017, following a concerted campaign by Spanish NGO Access Info, the Commission finally agreed to disclose the travel expenses of all its 28 commissioners every two months.

Despite this opacity, some MEPs have landed in hot water as a result of misusing expenses. In 2016, a number faced censure for fraudulent claims, perhaps most prominently former UK Labour MEP Peter Skinner, who was sentenced to four years in prison for fraudulently claiming around US$140,000 over five years, which was used to pay for alimony and a classic car, among other things.

In January 2017, the parliament confirmed in an internal document that 109 separate investigations were carried out in 2015 concerning parliamentary assistance allowances, of which 96 resulted in partial or full recovery.

The 2008 European Parliament Internal Audit Report — also known as the "Galvin Report" — documented the various risks in the control of MEPs' expenses and the ways MEPs were fiddling the system, from concluding service provider contracts with companies owned by MEPs themselves, to funneling money back to domestic political parties.

There are five categories of staff that MEPs can use their allowance to pay: Accredited Parliamentary Assistants, who are based in Brussels and who maintain direct contract with the Parliament; local parliamentary assistants, who are based in an MEP's constituency and have a private employment relationship with the MEP; service provider and intern contracts, which are temporary contracts signed with the MEP, and paying agents, who manage the local contracts to ensure the requisite national taxes and contributions are paid.

The campaign of French presidential candidate Francois Fillon was dogged by controversy over him paying around US$600,000 to his wife from public funds, but such practices have been routine for years in the Parliament.

© AFP 2021 / PHILIPPE LOPEZ
(FILES) This file photo taken on November 25, 2016 shows Francois Fillon (C), candidate for the right-wing primaries ahead of the French 2017 presidential election, and his wife Penelope (L) attending a campaign rally in Paris, ahead of the primary's second round on November 27

Until the introduction of new rules in 2009, any MEP could employ their immediate family as parliamentary staff, and MEPs who were still employing spouses in 2009 had a "transitional" period of five years to continue employing them. Many took advantage of the loophole.

The general expenditure allowance of US$5,085 was found to be particularly vulnerable to MEPs funneling resources to their domestic political parties, in contravention of the rules.

Despite this, since the publication of the Galvin Report, the practice has been identified on numerous occasions.

In 2012 UKIP MEPs were ordered to repay roughly US$50,000 (€43,000) for diverting their allowances to pay for domestic party workers, and France's Front National is currently accused of paying over a dozen domestic party staff members out of their general budget.