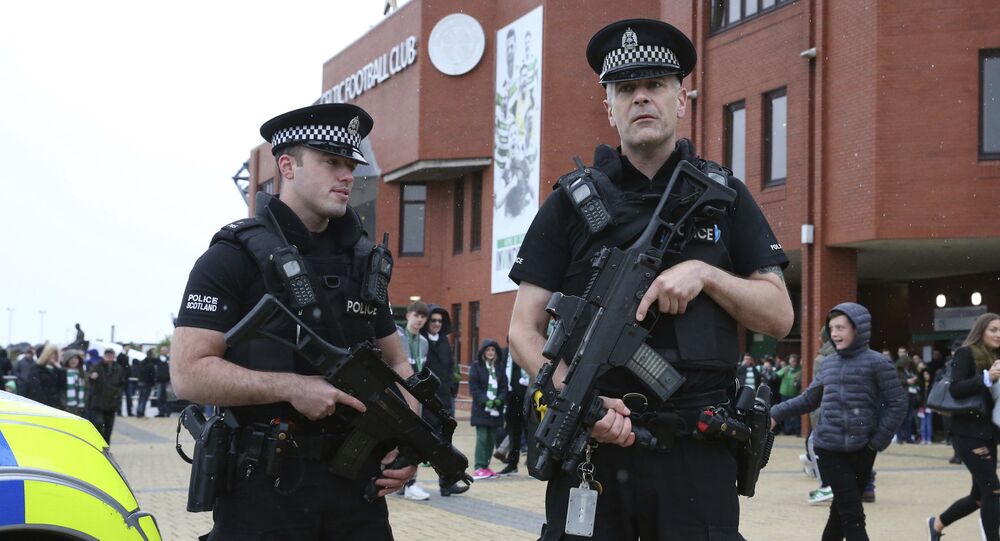 The chief of MI5, the United Kingdom's domestic counter-intelligence and security agency, has warned that terror attacks will show no sign of abating in the UK in the immediate future.

That threat is multi-dimensional, evolving rapidly and operating at a scale and pace we've not seen before. It's at the highest tempo I have seen in my 34-year career," Andrew Parker told reporters on Tuesday.

He referred to a "dramatic shift in the threat" from Islamist terrorism in 2017, activity which he said "can be harder to detect."

He drew attention to the fact that that terrorist attacks "can sometimes accelerate from inception through planning to action in just a handful of days," something that "can give us a smaller window to intervene."

© AP Photo / Rui Vieira
'Beard Does Not Equal Terrorist': Manchester Attack Leads to Surge in Hate Crime
Admitting that "the threat is more diverse" than he has ever known, Parker pointed to "plots developed" both in the UK and beyond.

The current terrorism threat level in Britain is set at "severe," which means that an attack is highly likely.

A total of 35 people have died in four terror attacks in the UK this year, including one such attack in Manchester and three more in London, which took place in Westminster, on London Bridge and outside the Parsons Green Tube station.