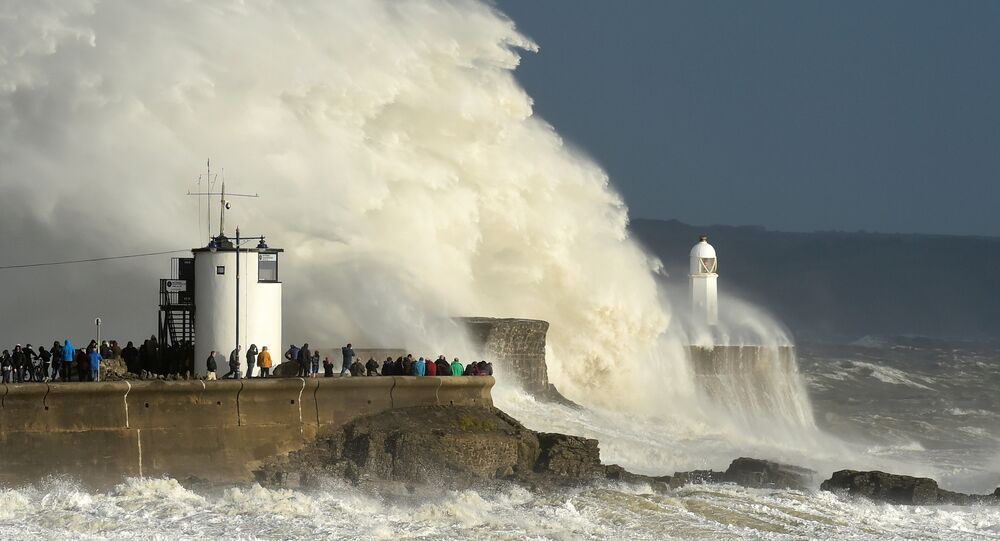 More than 250,000 homes in Ireland and up to 1,700 homes in the north of England were left without power, while several key rail lines were blocked between England and Scotland, as disruption from Storm Ophelia continues to batter Ireland and the British Isles.

Hurricane Ophelia caused havoc across Britain after claiming three lives in Ireland — where it also left 250,000 homes without power, ripping roofs off buildings and forcing flights to land. A woman in her 50s died when her car was struck by a falling tree in Waterford, while another tree killed a man in Ravensdale Dundalk. A man in his 30s was also killed in a chainsaw accident caused by the storm in County Tipperary.

Power cuts continued throughout the day and by mid-afternoon, 360,000 customers were without electricity. The Irish Republic's Electricity Supply Board warned of further outages throughout the night.

Sputnik's Alexander South, has been examining the damage caused by Storm Ophelia — the worst storm to hit Ireland since 1961.

Those caught up in the storm on Ireland's western seaboard described violent winds pounding the coastline.

The storm was not only responsible for storm weather — Ophelia also drew tropical air and dust from the Sahara, causing reddish skies and a red-looking sun across parts of Britain.