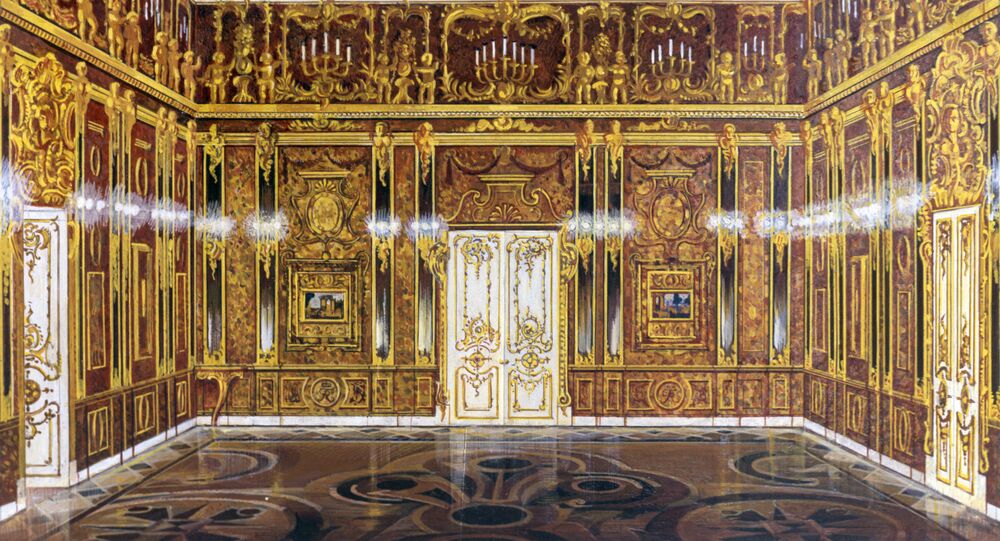 German authorities have given a green light for an expedition to a group of treasure hunters who are convinced that the legendary Amber Room of the Russian Tsars that went missing after being looted by Nazi soldiers during World War II lies in one of the caves in the Hartenstein hills, near Dresden, The Daily Mail reported.

German researchers — 73-year-old Leonhard Blume, 67-year-old Guenter Eckardt and 71-year-old Peter Lohr — who claim to know where Russia's legendary Amber room worth over 266 million dollar is stored started thesearch for it after they were allegedly contacted by a "reliable source", who informed them on the whereabouts of the treasure.

Lohr said he scanned the soil in the Prince's cave that was reportedly used by Nazi scientists with radar and found cavities resembling a bunker.

'The hideout lies underground and above the railway line, where in April 1945 a train from Königsberg was stopped,' the geo-radar specialist said, cited by the Daily Mail.

'We discovered on a tree traces where the steel ropes were used to haul up crates. Geo-radar and dowsing measurements reveal a system of secret tunnels beneath the cave system itself,' his colleague Guenter Eckart added.

© Sputnik / Sergey Velichkin
Russia's Long-Lost Amber Room Could be in Hands of Legendary Teutonic Knights
Commenting on the expedition, the President of Russia's State Museum of Fine Arts named after Pushkin, Irina Antonova, noted that reports about the alleged discovery of the Amber Room appear every few months, but if the news is true, then the treasure should be returned to Russia, she argued.

The Amber Room was created by German masters for the Prussian King Frederick I, and then presented to Peter I. In 1941, German troops stole the room from the Tsarskoye Selo Palace and took it to Königsberg.

Königsberg which is the historical name for the present-day city of Kaliningrad belonging to Russia, was at that time a part of Germany. The room was reportedly stored in a local castle, but after 1945 disappeared without a trace.