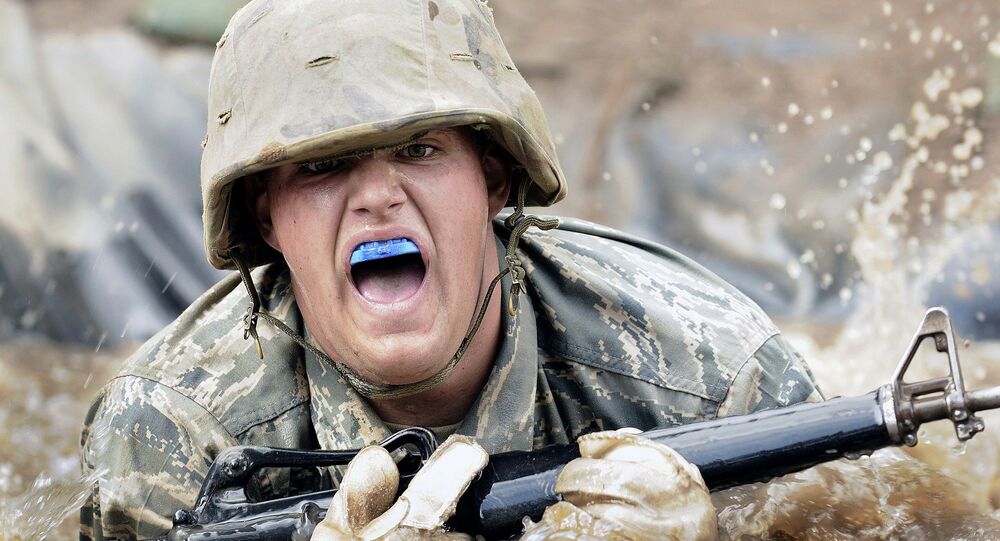 An investigation by a peace activism group has found European Union defense policy has been strongly and directly shaped by European defense firms, while the public, academics, and elected legislators have been almost entirely excluded.

A report issued by Belgian campaign group Vredesactie (Peace Action) has documented how Europe's defense industry played a pivotal role in the development of military strategies, with plans closely modeled on proposals made by major arms firms.

In 2016, the European Union took an unprecedented step, setting up the Preparatory Action on Defense Research — a military program worth US$1.05 billion — and proposing the establishment of a European Defense Fund, which allocates almost US$50 billion to the research, development and procurement of weapons over 10 years. While civil society, the academic world, and the European Parliament, were almost entirely excluded from policy discussions, the European arms industry left a "heavy footprint" in negotiations.

New report by @Vredesactie maps out arms industry #lobbying and impact on the EU's increase in military spending https://t.co/JnAhNXls3U pic.twitter.com/lcKKyyaoPh

​In essence, as the militarization of the 28-member bloc has accelerated rapidly, the arms industry has had access to every stage of decision-making processes, from setting agendas to drawing up the provisions of various action plans, Vredesactie has found.

"Rather than a reflection of what security means and how to ensure it, the European strategy is dominated by developing and selling new capabilities. Supporting the defense industry has become a goal in itself. Meanwhile, actual security challenges remain unanswered and mistakes from past policy choices perpetuated, at a high cost," the report stated.

© AP Photo / Diether Endlicher
European Defense: US Will Prevent Germany From Seeking Regional Hegemony
Over the course of their investigation, Vredesactie uncovered minutes of a 2015 meeting of the so-called Group of Personalities (GoP), a working group set up by the Commission, whose subsequent report laid the foundations of the European Defense Action Plan. At the meeting, a Commission civil servant said the goal of the group's report was to "overcome resistance towards a defense research program."

GoP membership was heavily skewed towards the defense industry, with "barely any" independent voices represented, "let alone" critical voices such as peace groups or human rights organisations. The only member of the European Parliament that participated, center-right German Michael Gahler, is "known for his pro-military views" and a board member of a defense lobby organization.

​Vredesactie noted the setting up of a Group of Personalities was "rare" and seems to have been deliberately used to evade "even basic levels of transparency" — the GoP was not registered as an expert group, and expert groups are to a certain extent subjected to rules regarding transparency (e.g. dates of meetings, agendas and minutes are publicly available).

"In the case of the GoP not even these basic rules were enforced. The reasons stated by the Commission for setting up the GoP have been inconsistent. The Commission at first declared the GoP is an expert group and therefore did not include any representatives from civil, but the Commission later denied [this], stating it provided political and strategic advice. In reality the GoP laid down the ideological foundation for the further militarization of Europe," the report continued.

The report concludes there is a "disturbing dynamic" going on at the EU level — what originally began life as a project to ensure continental peace between former perpetually-warring powers, has mutated into a bloc "subsidizing an industry which exports war."

"The European Defense Fund creates a self-fulfilling and continuous loop between supply and demand, funded with public money. This creates the specter of a European permanent war economy, which has to be constantly funded by public means to remain competitive. The military technologies developed now, shape the wars of the future — the EU has already started developing autonomous systems through the Pilot Project and the Preparatory Action, despite warnings from both the scientific community as well as the European Parliament," the report cautioned.

Furthermore, the disastrous impact of arms exports on the world has "not even [been] considered by European leaders," instead viewed as a sign of a "thriving defense industrial base." Modest calls for an upgrade of arms export control policies have not been heeded, and the European Defense Fund "will not lead to more security — because it is not meant to lead to more security."

"The fund is an industrial stimulus fund for the major European arms-multinationals, located in only a few European countries. The undue influence of these companies at every level of the decision-making process has led to an outcome which solely takes economic considerations into account. This raises questions on the democratic legitimacy of these policies. Similarly, most Europeans are opposed to increased military expenditures and do not think ‘hard power' is effective in combating terrorism," the report concluded.