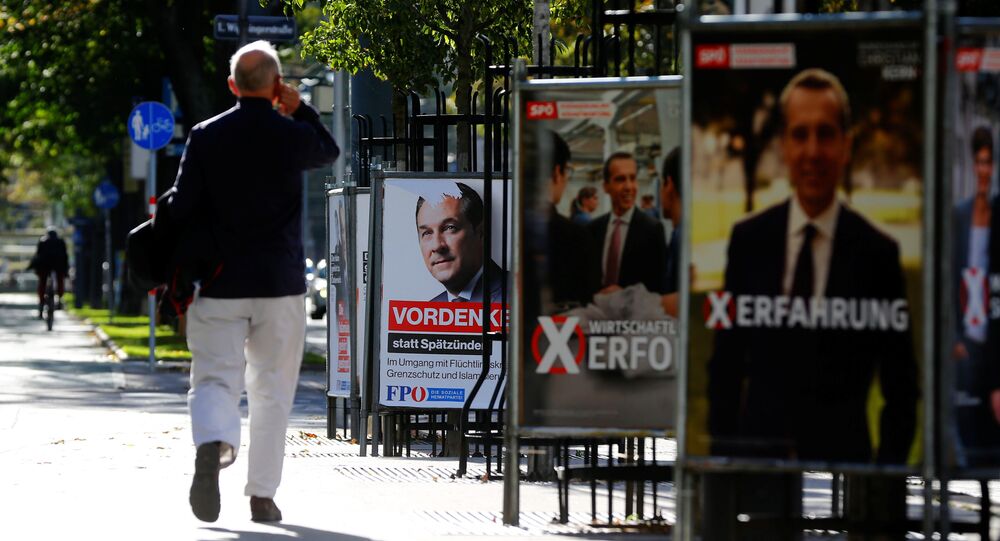 Austrian foreign minister Sebastian Kurz has managed to reshuffle power in the country, but some things remain in place.

VIENNA (Sputnik) — The Social Democratic Party of Austria (SPO) remains ahead of the right-wing Freedom Party of Austria (FPO) after the electoral commission's count of the advance voting ballots in the snap parliamentary elections, the information released by the Austrian Interior Ministry showed Tuesday.

The SPO won 26.9 percent of the vote, ranking second, while the FPO received 26 percent and came in third.

The Austrian Parliment was governed by the SPO before the election.

The Austrian People's Party (OVP), headed by Foreign Affairs Minister Sebastian Kurz, has remained the leader of the vote with 31.5 percent.

The final results will be in once the absentee ballots are counted.

The Austrian snap parliamentary election was held on Sunday. The decision to hold the snap vote in Austria was taken after the collapse of the OVP and SPO coalition, which was meant to govern until September 2018.

As the right-wing FPO is set to enter the parliament comes after the recent success of the Alternative for Germany (AfD) party in the Bundestag election, as well as the National Front's gains the parliament of France. Some political analysts link the tendency to the migrant crisis in the EU.