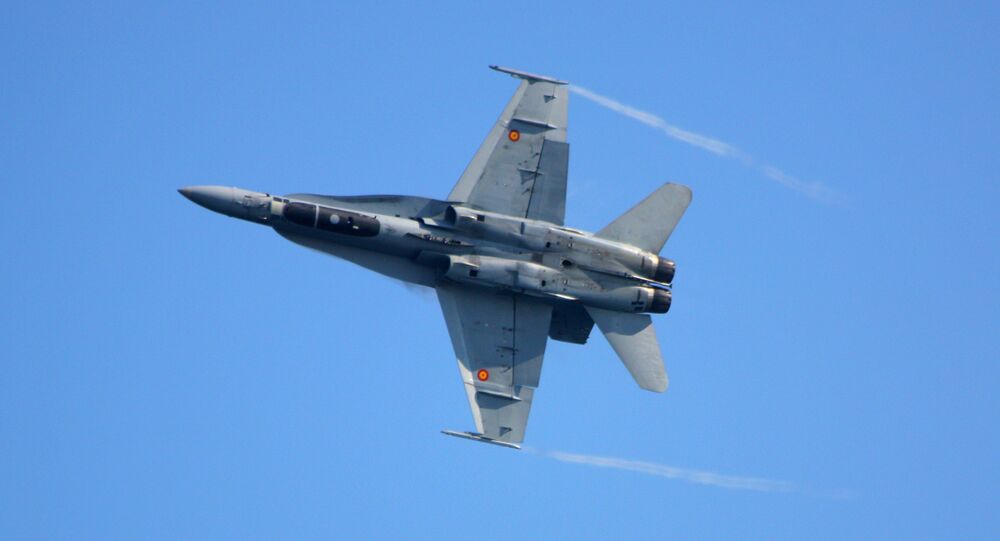 The accident resulting in the pilot's death occurred during takeoff maneuvers.

An F-18 fighter plane crashed on the outskirts of Madrid on Tuesday, at the Torrejon military base, the Spanish Defense Ministry said.

"There was an accident of an F-18 which was carrying out take-off maneuvers at the Torrejon de Ardoz airbase," the Spanish Defense Ministry confirmed to Sputnik on Tuesday.

"The pilot of the airplane has died as a consequence of the accident, which happened during take-off," the Spanish Defense Ministry said.

Earlier in the day, the regional office of the Spanish Red Cross said in a tweet that a "column of smoke" was seen in the region, with emergency services present at the scene.

The incident is the second time this week a military plane came down in Spain.

The reason for the crash is being investigated.