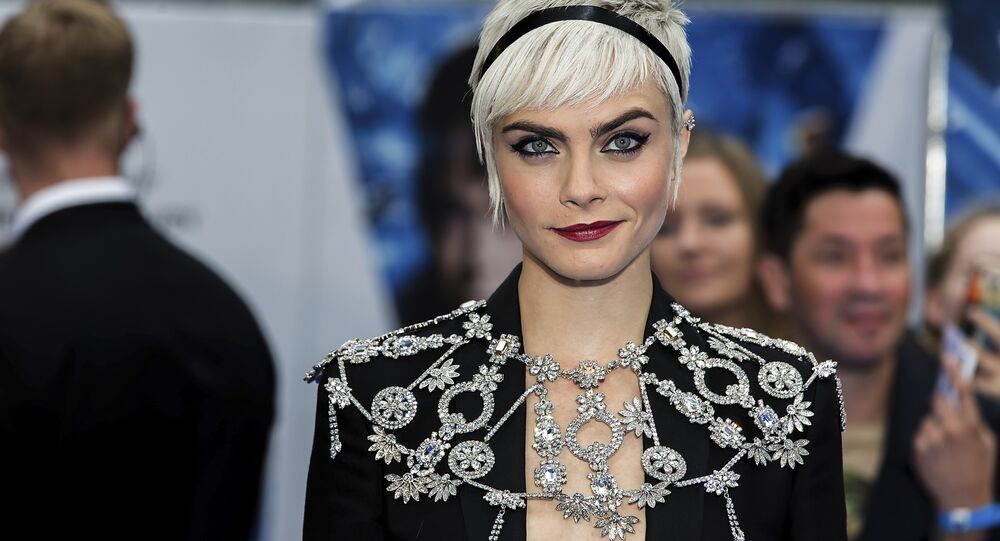 British celebrities are flouting UK consumer law by deliberately promoting products and endorsements on Instagram without identifying their posts as advertisements.

Showbiz stars such as are former soccer ace David Beckham, pop singers Ellie Goulding and Rita Ora, as well as supermodel Cara Delevingne are ignoring warnings from UK regulators. They have all published sponsored posts on the picture-sharing website Instagram, without actually revealing a commercial relationship or arrangement with a company.

Advertising Standards Authority (ASA) has revealed a sharp rise in complaints about advertisements on social media, with nearly 2,000 reported in 2016 alone.

"In particular we are seeing too many examples of celebrities who have partnered with brands not properly labeling their Instagram posts. Brands and influencers need to be upfront and clear when they're advertising," said Guy Parker, the chief executive of the ASA.

© AFP 2021 / PAUL ELLIS
Former Manchester United and England footballer David Beckham poses on the pitch at Old Trafford in Manchester, north west England on October 6, 2015 ahead of a charity football match in aid of UNICEF

His comments come after several campaigns on Instagram were spiked for failing to comply with ASA rules during 2016.

Under consumer law, "influencers" should state clearly that a social media post is an advertisement, and if they were paid to promote a product or receive free gifts in return. They can do this using hashtags such as #ad or #sponsored.

Advertising on social media is considered different from other forms because messages can be easily mistaken for spontaneous, non-commercial posts.

"Anyone getting paid to endorse or promote products online should make that clear. If they don't shoppers could be misled. It can also disadvantage businesses playing by the rules," said a spokeswoman for the Competition and Markets Authority (CMA).

The regulator has already warned celebrities and marketers that it will take enforcement action, if necessary, including possible prosecution if they continue to ignore the rules.

In June, Ms. Delevingne wrote a post promoting a product with the UK cosmetic company Rimmel.

Months later, singer and actor Rita Ora, 26, posted a photograph at the luxury Caribbean hotel Rock House with the caption: "thank you @rockhousehotel."

Some celebrities argue there is a "grey" area in which they are given something but not necessarily in exchange for free publicity.