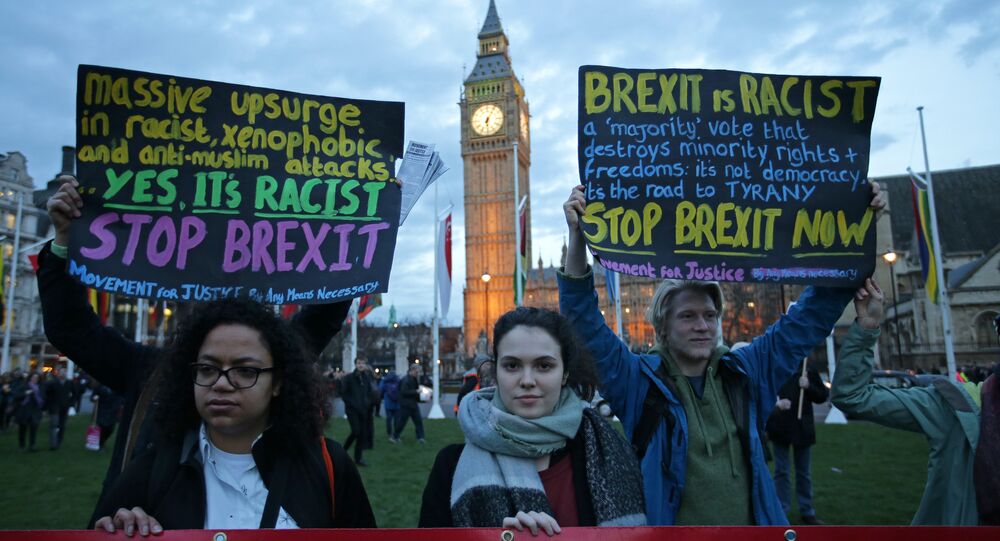 According to a recent YouGov poll, an increasing number of Britons now believe that Brexit is a bad idea.

Over 15 months after the June 2016 referendum, 47 percent of respondents now believe that the UK should not leave the European Union, while 42 percent believe that it is still a good idea. The survey also reveals that the number of Britons who believe Brexit negotiations are going badly has increased from one-third in March to almost two-thirds, currently.

The UK's center-left Labor political party and its parliament members pointed out the poll findings via Twitter. One party parliament member, Steve Reed, highlighted that the survey results are "another sign public opinion of turning against Brexit now the reality of how damaging it is becomes clearer."

This week, the fifth round of Brexit negotiations ended, with the European Commission's chief negotiator, Michel Barnier, stating that a "disturbing deadlock" had been reached regarding post-Brexit payments, as reported by the Independent.

In addition, the survey results come only few days after UK Prime Minister Theresa May claimed she would need to "weigh up the evidence," when asked in an LBC radio phone-in whether she would vote for Brexit in the unlikely event that another referendum would be held.