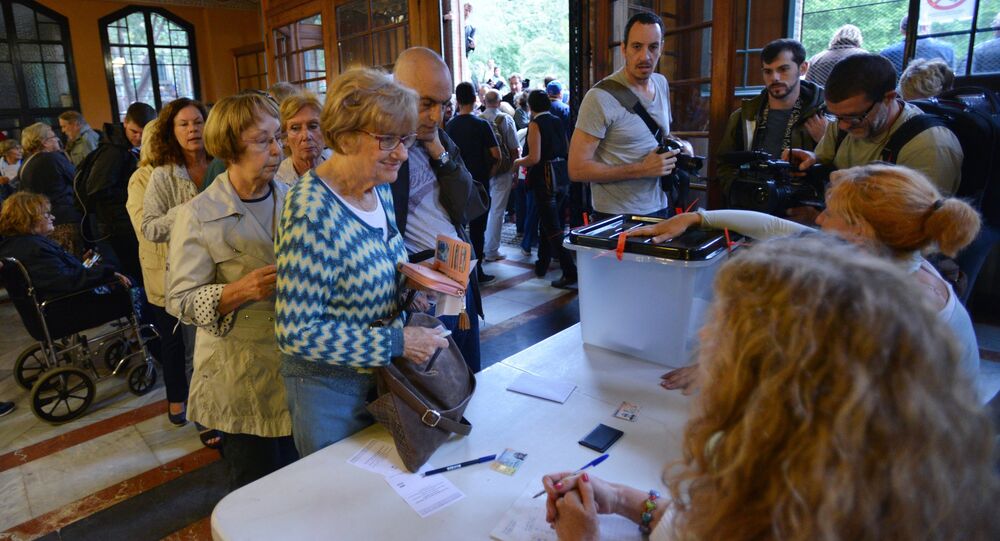 Provisional President of Argentina's Senate Federico Pinedo believes the European Union's refusal to recognize Catalonia as an independent is very important and may help to solve the issue of Spain's unity.

"I hope that Spain will maintain its unity through a peaceful dialogue. The EU position not to recognize Catalonia as an independent country is important. We have to respect the constitutions of other countries. Therefore, I suppose that Europe's mediation can help in the dialogue between Catalonia and Spain," Pinedo told Sputnik on Saturday on the sidelines of the 137th Assembly of the Inter-Parliamentary Union (IPU).

Any form of separatism and extreme nationalism is dangerous for the world's stability, the senior lawmaker underlined.

"I think that in the current situation, a crisis of that sort is dangerous to the world's peace. We need to create more connectivity and ties between people, not less. Extreme nationalism is a dangerous trend," Pinedo pointed out.

© Sputnik / Javier Luengo
Catalan Parties Call for EU Mediation in Independence Referendum Crisis
Earlier this week, head of the autonomy's government Carles Puigdemont said that the results of voting showed that Catalonia had received the right to become an independent state in the form of a republic. However, Puigdemont urged the regional parliament to suspend the declaration of the region's independence and instead push for talks with the central authorities. Following his speech, Puigdemont and a number of lawmakers signed the declaration of independence, which has no legal force.

Within the course of the crisis, EU officials have been keeping their distance and urged the sides to find a compromise in line with Spanish constitution refraining to interfere in the issue directly.

EU Commission President Jean-Claude Juncker has previously said that in the event Catalonia gains independence, it would not be able to become an EU member state immediately after the referendum and would have to follow the same accession process to be admitted to the European Union as those countries that have entered the bloc since 2004.

On October 1, the Spanish autonomous community of Catalonia held a referendum on independence, which the Spanish authorities do not recognize. According to the Catalan government, 90.18 percent of those who participated in the referendum voted for independence, while the voter turnout constituted some 43 percent. On Wednesday, Spanish Prime Minister Mariano Rajoy demanded the region's authorities to clarify whether or not they had declared independence. Madrid gave the Catalan leader five days to do so.