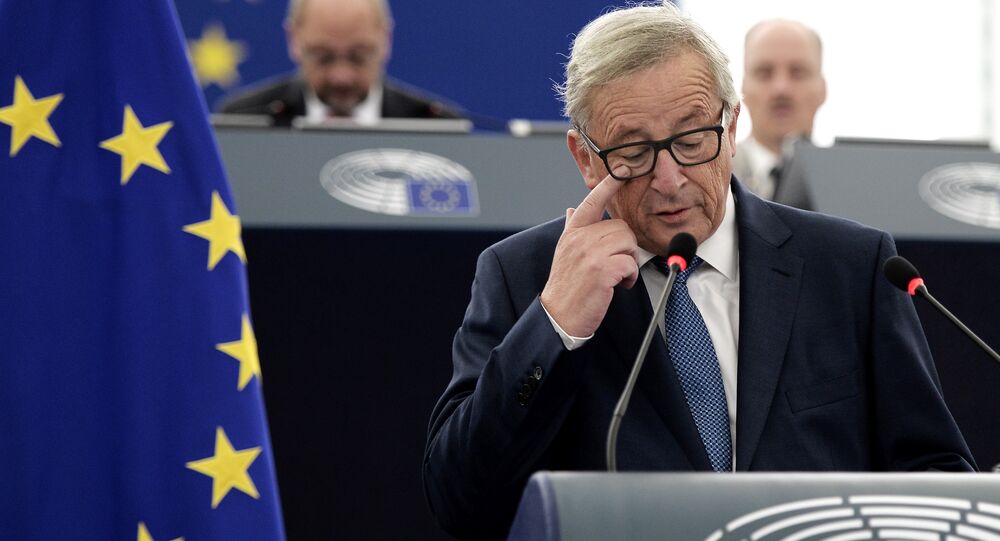 The president of the European Commission fears that the Catalonia's secession from Spain will lead to the same moves in other regions across the European Union.

MOSCOW (Sputnik) — If Catalonia gains independence from Spain with its unauthorized referendum on separation from Madrid, other regions may follow suit, a trend which the European Union would not favor, European Commission President Jean-Claude Juncker said Friday.

"If we allow it, but it is not up to us of course, if Catalonia is going to become independent and then other people would do it the same, I do not like that," Juncker said in a speech at the Luxembourg University.

The EU official clarified that it would be "impossible" to manage the continental bloc if the number of member states increased.

© REUTERS / Ivan Alvarado
'Let Them Wait More': How Catalonia's Crisis Can Be Resolved
On October 1, the Spanish autonomous community of Catalonia held a referendum on independence, which the Spanish authorities do not recognize.