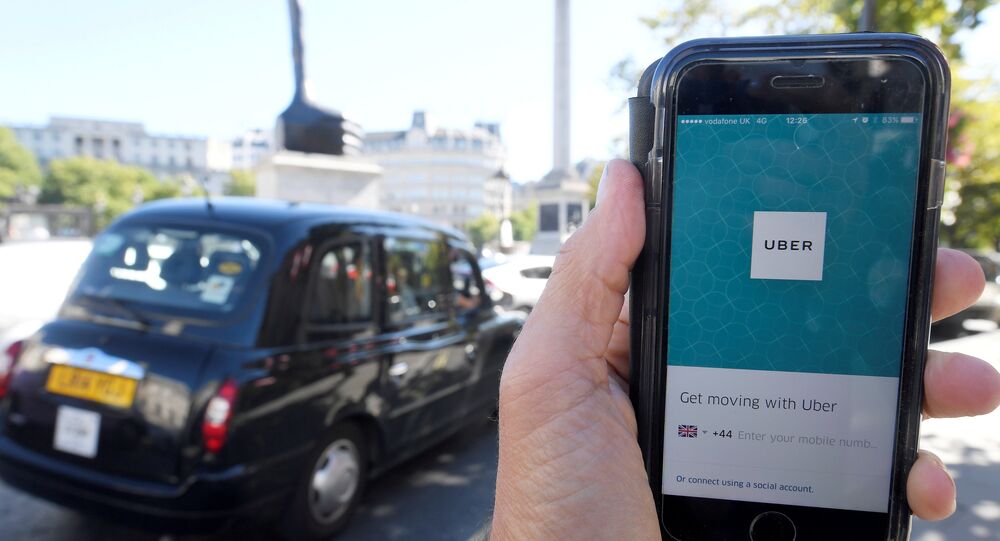 The taxi-sharing company Uber has begun its appeal against last month's decision by London authorities to withdraw its operating license in the UK capital.

The online taxi company Uber has filed an appeal in a London court against the city authorities' decision to revoke its operating license.

"While we have today filed our appeal so that Londoners can continue using our app, we hope to continue having constructive discussions with Transport for London. As our new CEO has said, we are determined to make things right," Uber stated.

It listed concerns about the company's approach to reporting serious criminal offenses, a lack of background checks on drivers and Uber's use of "Greyball" software that blocks access to the app for regulators and law enforcement.

© AFP 2021 / Daniel LEAL-OLIVAS
Uber Displeased: Petition to Save App in London Nears 1 Million Signatures
CEO of the San Francisco-based firm Dara Khosrowshahi pleaded with TfL to "work with us to make things right," claiming that the decision would cost 40,000 drivers their livelihood, as well as 3.5 million Londoners a mode of transport cheaper than London's well-known black cabs.

Uber also set up a petition to persuade Transport for London and city mayor Sadiq Khan to reconsider their decision, which has been signed by 850,000 Londoners.