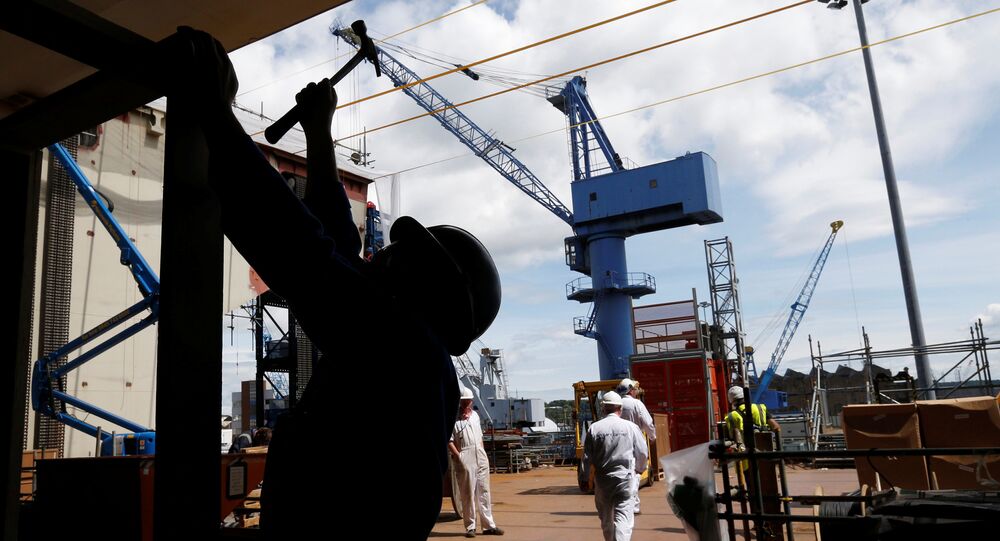 The UK faces a reduction in economic growth of £400 billion ($532 billion) if it leaves the EU without a trade deal in place, according to an analysis by the Netherlands' Rabobank. The bank's senior economist Hugo Erken told Radio Sputnik that the prognosis after a "hard Brexit" is "pretty gloomy."

Individually, British workers could be £11,500 ($15,300) worse off by 2030 as a result of Brexit, according to a new report on possible trade relations after the UK leaves the EU.

Analysts from Dutch banking and financial services company Rabobank used econometric modeling to analyze three different scenarios for the UK's trade relations with the EU after Brexit. The first is a so-called "soft Brexit," in which the UK remains a part of the EU single market but leaves the customs union.

"The second scenario would be a free trade agreement, comparable for instance to Switzerland and the EU, and then we have a hard Brexit which means that the UK leaves the EU without a trade deal in place," Hugo Erken, a senior economist at Rabobank Research Global Economics & Markets, explained.

However, the last scenario "is becoming more realistic" as negotiations between the UK and EU play out in Brussels, Erken told Radio Sputnik.

On Monday, UK Prime Minister Theresa May said that Britain should prepare for the possibility of leaving the EU without a deal. She set out "steps to minimize disruption" at Britain's borders such as huge inland parking areas for trucks in order to avert long traffic queues.

Rabobank assessed the macro effects of Brexit on the UK and the EU area by modeling the short-term impact on trade flows between countries, foreign direct investment and the exchange rate.

Rabobank found that if the UK leaves the customs union – giving it the right to set its own import tariffs – but stays in the single market allowing the free movement of goods, capital, services, and labor from the EU, then it would lose 10% of GDP growth. A scenario in which the UK makes a free trade agreement with the EU would cost the country's economy 12.5% of GDP growth.