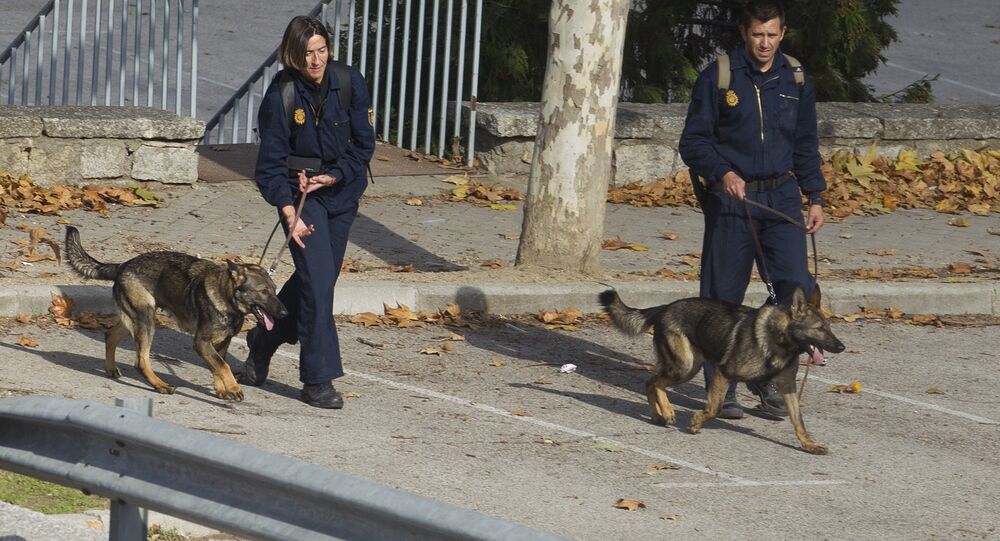 Organizers of an upcoming fund-raising event in Catalonia have rescinded the invitation of two retired police dogs because they were part of the Spanish national police.

The pets, along with their owners, were due to attend this weekend's event to endorse a charity's effort to find new shelters for retired police canines.

On its Facebook page, the Spanish non-profit organization Heroes de 4 Patas (Heroes on four legs) immediately condemned the decision to ban the dogs as "very bad," and posted a message on behalf of one of the pets.

© AFP 2021 / PAU BARRENA
Hundreds Injured in Clashes During Banned Referendum in Catalonia
On October 1, the independence referendum in Catalonia was followed by a brutal Spanish police crackdown, in which at least 900 people were injured after police officers used rubber bullets and truncheons to disperse voters.

The secession of Catalonia from Spain were backed by 90.18 percent, or more than 2.28 million voters, with a turnout exceeding 43 percent. The Spanish government refused to recognize the referendum's official results.

'Let Them Wait More': How Catalonia's Crisis Can Be Resolved