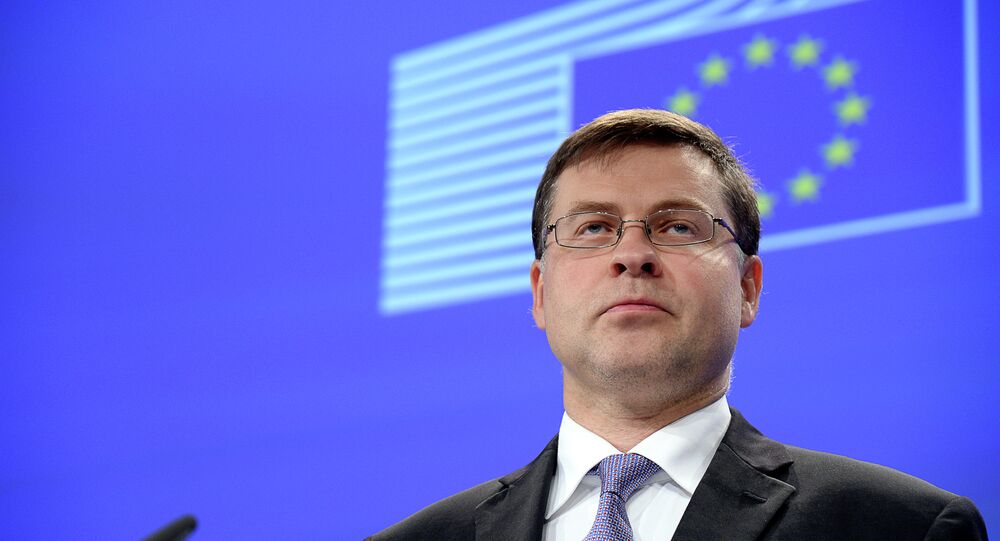 The European Union's long-held aspirations for the creation of a bloc-wide banking union have been stepped up significantly by Brussels chiefs, in a bid to complete the project prior to 2018. Opposition from key member states and the bureaucratic structures of the bloc however, suggest it will take far longer.

The European Commission is piling pressure on European Union member states to complete the EU banking union, first proposed in 2012, by the end of 2018, as part of a broader plan to prevent a repeat of the 2008/9 financial crisis.

Neither the Council of the EU nor the European Parliament have managed to reach any agreement on the banking union, despite around two years of talks.

The Commission hopes to speed up the legislative process by advancing a series of measures, described by EU Commission vice-president Valdis Dombrovskis at an October 11 press conference as "ambitious but realistic" in terms of getting the banking union up and running in 2018.

While presented by Dombrovskis as a means of ensuring taxpayers were not first in line to pay for a prospective future banking crisis, and eroding potentially hazardous connections between financial institutions and national central banks, the proposals arguably dilute the project's original objectives.

For instance, state access to financial safety nets and shared bank risk — the two original primary goals of the policy — are not unalloyed. The latter point proved particularly controversial in Germany, with the country's banking lobby staunchly opposed to taking on responsibility for the many toxic, non-performing loans held by financial institutions in other countries.

​The new proposals reduce sharing of banking risks, and set strict conditions states must meet before their banks can gain access to safety nets offered by the European Central Bank (ECB). However, with Schauble likely to be replaced by a member of the free market liberal Free Democratic Party once Germany's new coalition government is cemented, his successor could well be just as reticent.

The plan aso discards entirely earlier proposals for full-fledged European insurance of savers if banks fail, leaving the burden largely with individual member states. EU rules guarantee deposits up to US$120,000 (€100,000), a provision meant to strengthen confidence in the region's banks after a decade-long crisis that saw the bailout of several top banks, but existing national schemes to ensure depositors are considered insufficient to cope with a major banking crisis.

Instead though, a European Deposit Insurance Scheme (EDIS) will intervene only after national schemes had spent all the money they had available. In an initial phase, the scheme would lend to national insurers only enough to cover 30 percent of their losses. That would increase in stages to 90 percent in 2021.

We need to strengthen the #euro in face of future challenges. Completing #BankingUnion is essential. My remarks: https://t.co/eM1VCIT9iY pic.twitter.com/ReAFovtWlG

​In a second phase, EDIS, would directly cover depositors' losses, but only partly. National insurance schemes would continue to bear the brunt of a banking crisis — and this would not be automatic, instead depending on banks' ability to clean up balance sheets and dispose of bad loans.

Non-performing loans in EU banks have fallen to 4.5 percent, but still amount to over US$1 trillion, mostly at lenders in southern eurozone countries such as Greece, Spain and Italy.

The Commission is to offer legislative proposals by spring to address the problem of such loans, including measures to revamp the secondary market for bad loans and favor banks' recovery of soured credit, such as mortgages.

EU-wide legislative proposals require the backing of all member states and parliamentarians, a laborious process that means a banking union is many months, if not years, away from realization.

While the ECB can adopt these policies without such universal support, Commission Vice President Valdis Dombrovskis said he expected the ECB to take into account opinions of other institutions and market participants before adopting any measure, again suggesting the 2018 deadline may be optimistic.

As Tensions With Russia Mount, Is Europe Entering a Bank War With Washington?