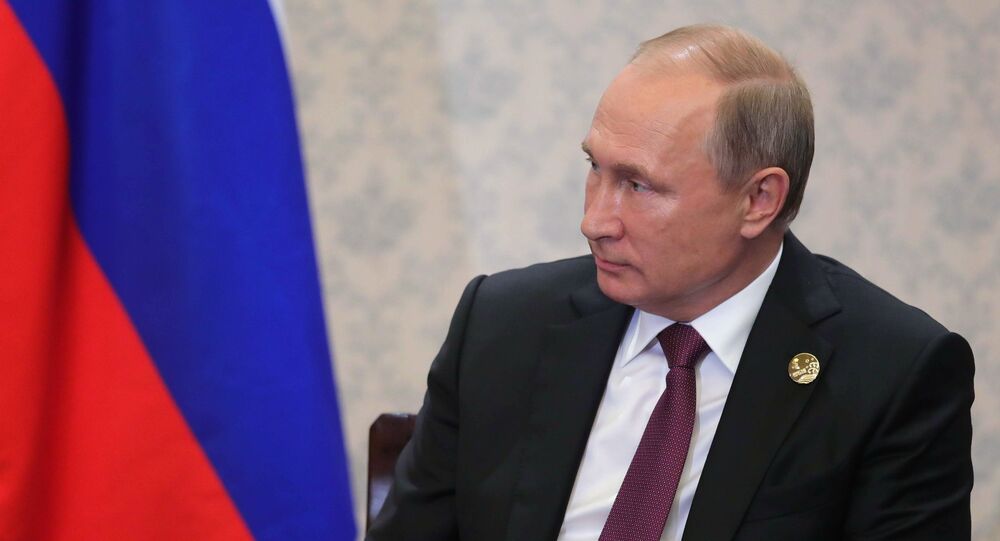 Russian President Vladimir Putin has taken part in the Eurasian Economic Union summit, where he talked about Moldova, saying that the union's member states are ready to deepen cooperation with Chisinau.

SOCHI (Sputnik) – Speaking on bilateral relations between Russia and Moldova, Putin said Wednesday Moscow will act based on how ready Chisinau itself and its people are to expand cooperation.

“We [Russia] of course will build our relations with this country … based on how ready Moldova and the people of Moldova are to expand cooperation,” Putin said.

© Photo : Facebook / Ministerul Apărării al Republicii Moldova
'The World Belongs to Them': Moldova Becomes a 'Foothold for US Expansion Into Eurasia'
Moldovan leader Igor Dodon was present at the meeting. Dodon has been a strong proponent of boosting relations with Russia and suspending Moldova's integration into the European Union. During his tenure, the Moldovan leader, though often opposed by the country's judicial and legislative bodies, has taken several prominent steps to reinforce Russia-Moldova partnership in numerous fields.

Contrary to the efforts of the president, the Moldovan cabinet and parliament adopted a series of anti-Russian measures, including the decision to declare several Russian diplomats and cultural figures personae non-gratae, which has strained Moscow-Chisinau relations. The moves by the national parliament and government have been repeatedly criticized by Dodon.