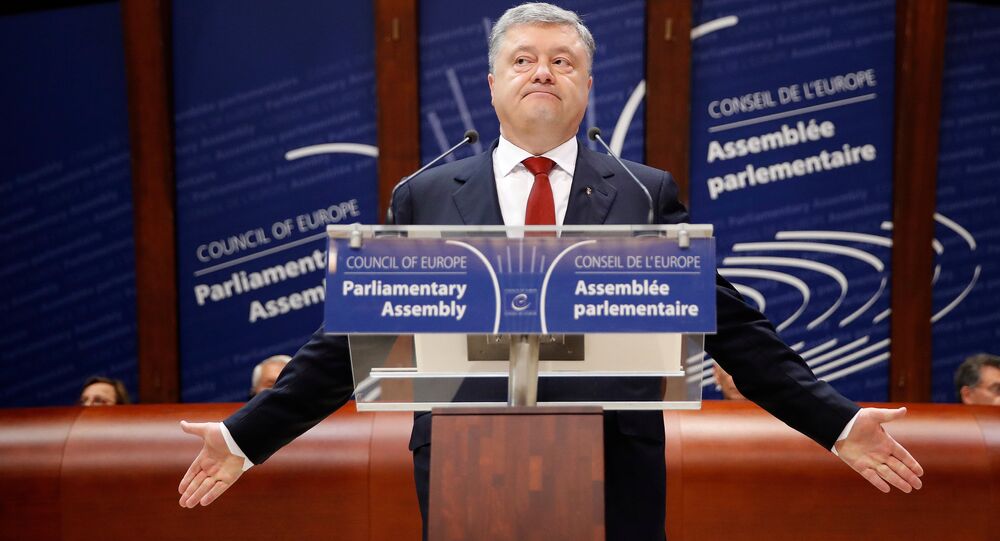 Hungary is set to challenge Ukraine's association agreement with the European Union, over the former's decision to ban the teaching of subjects in minority languages in secondary schools. The move is just the latest salvo in Kiev's policies when it comes to foreign culture in Ukraine.

Hungary will ask the European Union to review its ties with Ukraine over Kiev's decision to scrap teaching subjects in ethnic minority languages, including Hungarian, from its secondary school curriculum.

The law, passed September 5, obliges teachers to use only Ukrainian in secondary schools, on the ostensible basis authorities want to better integrate minorities and help them obtain public sector jobs.

Ukraine is not an EU member, but an Association Agreement with the bloc which more closely aligns the pair's policies entered into force in September.

"I would like to draw your attention to unreasonable politicization of the law on edducation. Apart from being a significant part of the educational reform, the adopted law has become the law of equal opportunities for each stakeholder in education system. It is unacceptable that children belonging to national minorities in Ukraine, do not have adequate knowledge of the Ukrainian language, which is needed for further education in universities, professional career, and self-realization in Ukraine. This law is to fix this problem," Poroshenko said.

Petro Poroshenko at #CoE Assembly: #Ukraine fighting on 2 fronts – one military & other for reform https://t.co/MKTjGei7iP pic.twitter.com/Q7c1SanwSU

On October 10, Kremlin spokesman Dmitry Peskov stated the new Ukranian law did not comply with European regulations and must be fully rethought.

"It's obvious the new law raises deep concern among a number of European states. And [Hungary's reaction] shows the law was poorly thought through and runs counter European norms," he declared.

The law is part of Kiev's ongoing policy of enforced Ukrainizatsiya (Ukrainianization), which has seen 51,493 streets, squares, cities and "other facilities" renamed, the banning of Communist-era symbols, flags, mosaics, imagery and songs, and the destruction of Soviet monuments (including 1,320 statues of Lenin) since the 2014 Maidan coup.

Breaching the ban on Soviet-memorabilia or "denying the overall criminal nature of the entire Soviet period" can result in up to five years' imprisonment. It remains unclear what the phrase "criminal nature" means, nor what is to be done about the large number of Ukrainians and historians who do not condemn the entire Soviet era in such sweeping terms.

However, language has been a particularly intense theater of battle for Kiev, and a particularly controversial one. President Petro Poroshenko pushed ahead with restrictions on the Russian language despite the population in the core Russian-speaking regions of Ukraine outnumbering the population in the core Ukrainian-speaking regions by almost two to one, and only one of the country's ten largest cities, Lvov, being predominantly Ukrainian-speaking.

© Flickr / Alexxx Malev
Kiev Shoots Itself in the Foot with New Anti-Russian Sanctions
In 2015, the OSCE expressed concern Poroshenko's bombardment of restrictions could negatively impact freedom of the press in Ukraine, and decried what it perceived as a lack of opportunity for the public to participate in discussions about the laws.

The Venice Commission has also stated the government's "decommunization" laws do not comply with European legislative standards, although the country's EU Association Agreement makes no mention of repealing or even softening the legislation.

Poroshenko's government has also banned the import of books from Russia, which unsurprisingly provoked harsh condemnation from Ukrainian publishers — books from Russia account for up to 60 percent of all titles sold in Ukraine and are estimated to make up 100,000 sales a year. No compensation was offered by the government to publishers for the resultant loss of business.