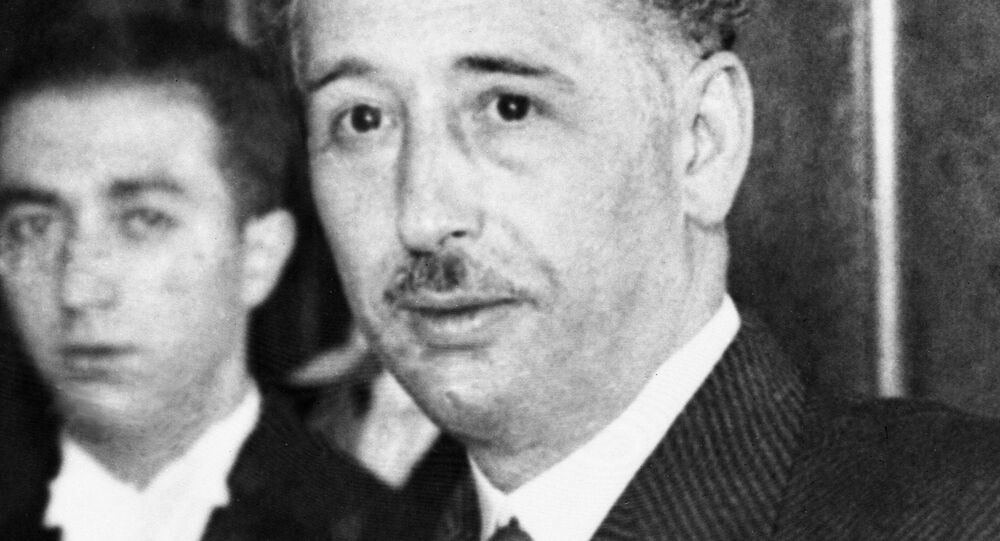 A powerful presence in Catalan history and former president of the region, Lluis Companys has declared a Catalan state in 1934, but the nation only lasted 10 hours. With the current developments in Spain, following the Catalan referendum, we take a closer look at the former leader and his complex fate.

More than 80 years ago, the former Catalan leader Lluis Companys declared a "Catalan state within the framework of a Spanish federal republic." It, however, did not last long.

In the 1930s Spain was gripped by political turmoil.

The monarchy stepped down after their popularity plunged because of their support for the dictator Primo de Rivera, and the Spanish republic was soon pitted into battle with the right-wing nationalist forces of Francisco Franco.

After he announced Catalonia a state in 1934, Companys, a lawyer, was thrown into prison. He was freed during the Spanish Civil War.

In 1938, Catalonia was conquered by Franco's forces.

Companys fled to France but after the German invasion he ended up in the hands of the Gestapo, who handed him over to Franco, who tortured him and a kangaroo court sentenced him to death.

On October 15, 1940 Companys, who refused to wear a blindfold, was executed by firing squad at Montjuic Castle in Barcelona.

"Per Catalunya [Long Live Catalonia]," were his last words.

Companys is buried at the famous Montjuic cemetery and his grave became a shrine for Catalan separatists.

He is the only democratically elected leader of a European state to have been executed.

Earlier this week, Catalonia's President Carles Puigdemont received what was perceived as a veiled threat from a spokesperson for Spain's ruling party. Casado suggested Puigdemont might end up like Companys.

Casado later clarified his comments, claiming it was not meant as a threat but more as a warning against "repeating history."

"This is not a matter of left against right, it is about freedom against totalitarianism. Those who are encouraging violence are the separatists," said Casado.

This what happens when the EU is silent on mass violence towards votershttps://t.co/7JREUNaSIh

PP spokesman threatens Catalan president to end up like president Companys: imprisoned in 1934; executed by Franco in 1940. pic.twitter.com/SudMTi9wpa

Back to the Future

The declaration of a Catalan state was actually the fourth time Catalonia had been created.

Puigdemont Asks for Mandate to Declare Catalonia an Independent State