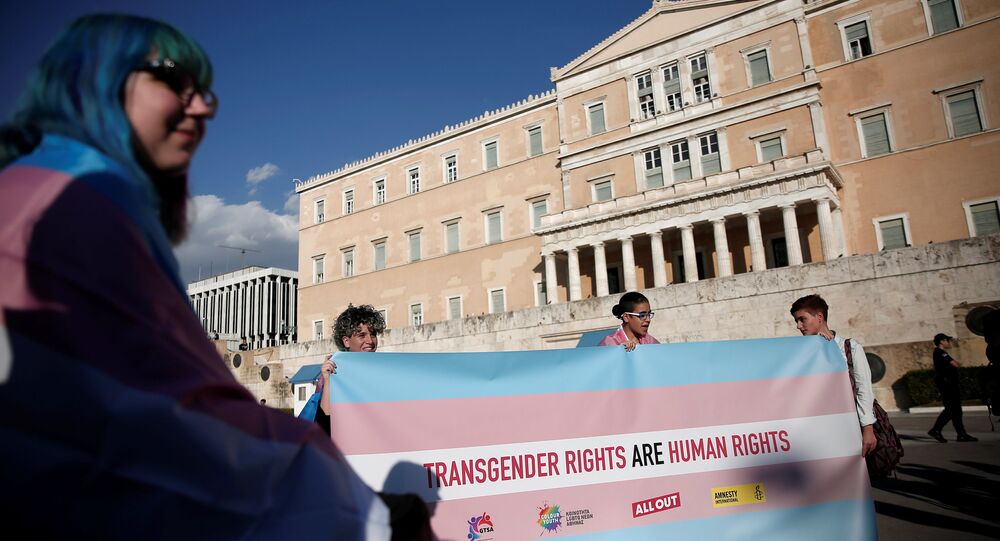 The Parliament of Greece has passed a bill that allows transgender people to legally change their gender without the need for medical tests or sterilization, a move that has divided the Mediterranean nation.

The new law has revised an existing statute that required anyone who wished their legal gender changed to be diagnosed with a "gender identity disorder" and undergo sterilization. This reform was backed by international rights groups as well as SYRIZA, which controls 144 of the 300 seats in the Hellenic Parliament.

"Absolutely no tradition, no perception of family calls for people to be sidelined or tossed aside into a social and institutional abyss," Prime Minister Alexis Tsipras, a SYRIZA member, stated during his speech before Parliament. "We are on the side of those who have no voice, or whose voice is stifled."

The new law was opposed by right-wing groups and the Greek Orthodox Church, which as the de facto state religion holds great sway in Athens. "This… bill is extremely provocative for the core values of society, threatens to dissolve family as an institution and actually undermines and underestimates the value of each and every human being," said Haris Konidaris, the spokesman for Greek Orthodox Church Primate Archbishop Ieronymos.

The New Democracy party, SYRIZA's chief rival, which controls 76 seats, came out against the bill as a "sloppy" diversion from more pressing economic concerns.

"Your only goal is to stay in power," said New Democracy MP Simos Kedikoglou to Tsipras. "You've found various methods of deception and this bill is the latest proof."

The bill has a few caveats. Firstly, the applicant must not be married. Secondly, they must go before a court and receive a writ from a judge. Thirdly, they may change their legal gender a maximum of two times in their lifetime.

Finally, and most controversially, the applicant must be over the age of 15. Applicants between the ages of 15 and 17 must obtain a certificate from a medical council at the Athens Children's Hospital.

This last tenet caused a schism between SYRIZA and Independent Greeks, a New Democracy party offshoot that coalitions with the left-wing SYRIZA despite being far to the right of them. Independent Greeks, which controls nine seats in parliament, fought against 15 as a minimum age, as they felt it was too young.

New Democracy also opposed that tenet of the bill, unsuccessfully pushing for the minimum age of application to be 18. "For us it is inconceivable to bar 15-year-olds from consuming alcohol, yet enabling them to take such an important decision," said Kyriakos Mitsotakis, the leader of New Democracy, during parliamentary debates.

It was also criticized by the European Region of the International Lesbian, Gay, Bisexual, Trans and Intersex Association (ILGA), whose European director, Evelyne Paradis, called the bill "progress — but not perfect" as they say the tenet excludes young transgender people from securing a legal gender change.

"Today is a great step forward, but it's a shame that the step was not one towards full self-determination for all trans people in Greece," Paradis said in a statement.

What Crisis? Juncker Claims He 'Saved' Greece as Austerity Continues to Bite