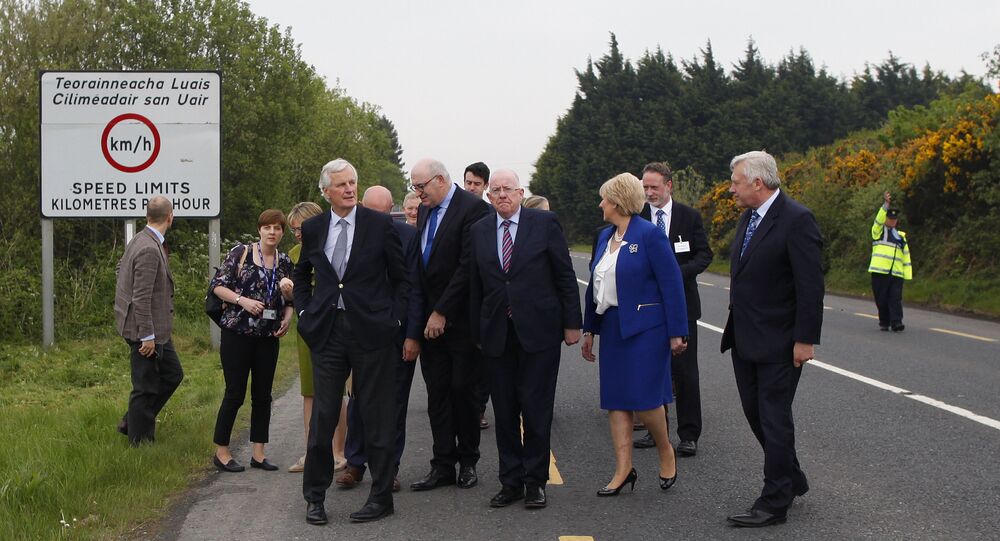 Following the release of an internal publication, commissioned by Ireland's customs authorities, Ireland's Office of the Revenue Commissioners have concluded an open Irish border to be "impossible after Brexit."

In one of the most authoritative pieces of research so far, a leaked report from Ireland’s Office of the Revenue Commissioners has spelled out clearly the large physical and economic impacts Brexit will impose upon Ireland's customs infrastructure, and on the thousands of companies who trade with the UK.

Sputnik's correspondent, Alexander South, spoke to Neil Jarman, Director at The Institute for Conflict Research, about the difficulties a hard border with Ireland will create and the disparity between Britain, Ireland and the EU surrounding Brexit negotiations.

The leak, which comes as the fifth round of Brexit talks start in Brussels, could change the balance in negotiations, putting pressure on EU leaders to help Ireland find a solution.

The report states clearly, that customs checks on the south side of the border are unavoidable under EU law.

Before now, the EU's efforts have been concentrated on putting pressure on the UK to come up with a means of achieving the "seamless and frictionless border" that British Prime Minister, Theresa May, and Ireland's Prime Minister, Enda Kenny, had promised after the Brexit vote.