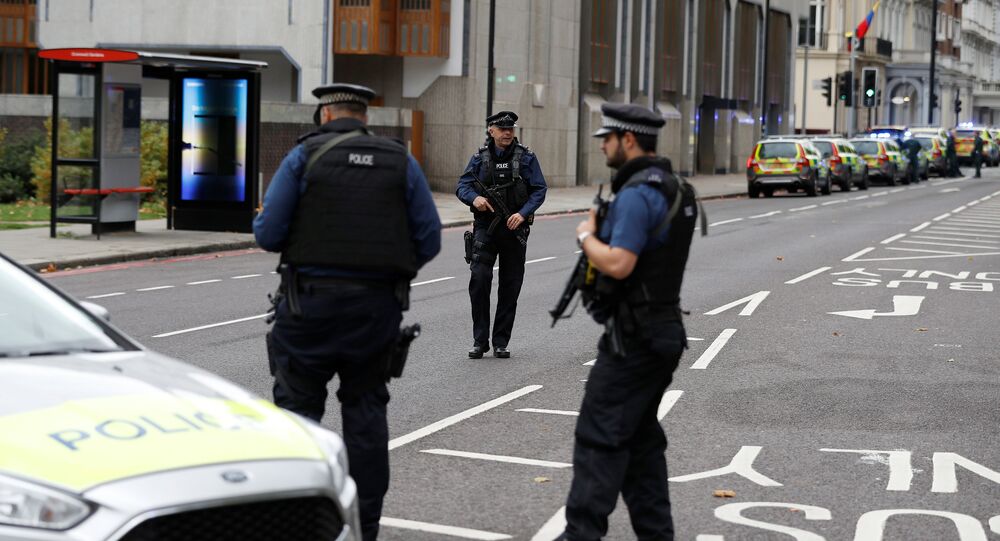 MOSCOW (Sputnik) — An incident that involved a car ramming into pedestrians outside the Natural History Museum in London is not treated as a terror attack, London's Metropolitan Police said on Saturday.

"The incident in #ExhibitionRoad #SouthKensington earlier is not being treated as a terror-related incident. It is a road traffic collision," police said via Twitter.

The incident in #ExhibitionRoad #SouthKensington earlier is not being treated as a terror-related incident. It is a road traffic collision.

Car 'PLOUGHS INTO PEDESTRIANS' in London. This is the suspect, who gets arrested pic.twitter.com/FiirNDHybi

UK Prime Minister Theresa May expressed gratitude to the police and emergency services that dealt with the incident.

"My thanks to the first responders at this incident this afternoon and the actions of members of the public. My thoughts are with the injured," May wrote on her Twitter page.

Following the ramming, the Natural History Museum, as well as South Kensington and Sloane Square tube stations, were evacuated, the Evening Standard newspaper reported. The stations were reportedly later reopened.