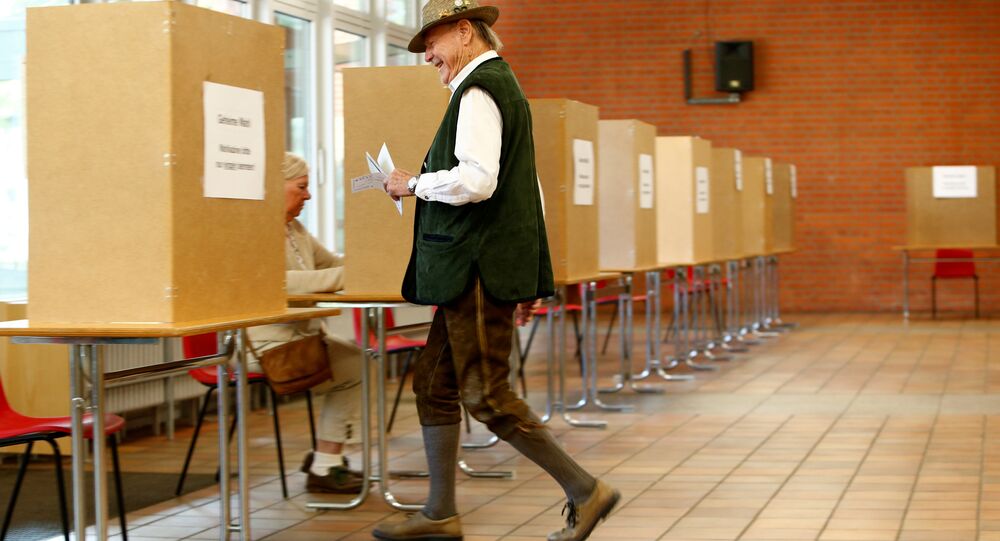 If Catalonia secedes from Spain, it could be a precedent for similar developments in Germany, chairman of the Bavarian Party, Florian Weber, said, commenting on experts' recent assumptions that the Catalan scenario may result in the spread of pro-independence aspirations among other EU member states.

Bavarian politician Florian Weber who observed the referendum in Catalonia with "great interest" believes, that the actions of the Spanish police that tried to hamper the vote and applied brute force to Catalan residents were absolutely anti-democratic and unacceptable, adding that the Catalan people have the right for self-determination.

In an interview with Sputnik Germany, the 53-year-old politician recalled the Helsinki Accords, signed by 35 states, including Spain and Germany.

© REUTERS / Francois Lenoir
PACE May Discuss Situation in Catalonia at Next Week's Session - Source
The expert also noted that Catalonia's possible independence "could be a model for further developments" in Germany.

According to recent polls, 32% of Bavarians support the idea of the region's independence from Germany.

"A few years ago this figure was 21%, and let's hope that someday the number of supporters of independence will make up the majority," Weber noted.

Earlier, German politician Jorg Meuthen said in an interview with Sputnik that in the long run there might be a domino effect in Europe following Catalonia's referendum.

However, he noted that "it is not likely to happen in Germany with Bavaria in the near future."

The German Constitution is one of the reasons such a scenario is highly unlikely. It prohibits Bavaria's secession from the FRG. The Federal Constitutional Court made a corresponding decision at the beginning of this year, banning any separatist aspirations of individual lands as illegal and violating the constitutional order of the country.

According to the autonomous region's authorities, over 90 percent of the voters supported Catalonia's independence from Spain.

Before the referendum had been held and on the day of the vote, the Spanish central authorities attempted to hamper it by using various tactics, including the confiscation of ballots and ballot boxes, and prevented voters from participating in the referendum.