#Goals: The Favorite to Win Austria’s Chancellorship is a 31-Year-Old Millennial

Polling for Austria’s upcoming federal election has suggested that Foreign Minister Sebastian Kurz of the center-right Austrian People’s Party (OVP) will become the new chancellor. At 31 years of age, that would make Kurz the world’s youngest head of state.

The election is set to take place October 15. At present, the OVP is the junior partner in a coalition government with the center-left Social Democratic Party of Austria (SPO), the party of incumbent Chancellor Christian Kern. While the two parties have formed a so-called "grand coalition" together since 2006, Kern has slowly lost the support of his base after numerous gaffes, angering his OVP allies-of-convenience with far-left appointments and his own base with far-right appointments.

This has opened the door for Kurz, who is highly popular with both his party and the Austrian people, to wrest the chancellorship from Kern. Kurz was chosen as the party's new leader in May 2017 with over 98 percent of the vote, and the OVP jumped more than 10 points in national polling immediately upon his ascension. Poll aggregating has placed OVP polling at about 35 percent to SPO's 25 percent.

However, the SPO has precluded any possibility of reforming the same coalition should the OVP steal the chancellorship from them. Both parties have instead turned to courting the right-wing nationalist and populist Freedom Party, the third largest in the Austrian National Council and currently polling at similar levels to the SPO, as their most likely coalition partner.

The then 27-year-old Kurz became foreign minister after the 2013 election, making him the youngest foreign minister in the world and Austria's youngest minister since the modern state was created in 1945. He has made a name for himself as a skillful diplomat, with Vienna hosting the 2015 summits that led to the signing of the Joint Comprehensive Plan of Action, also called the Iran Nuclear Deal. 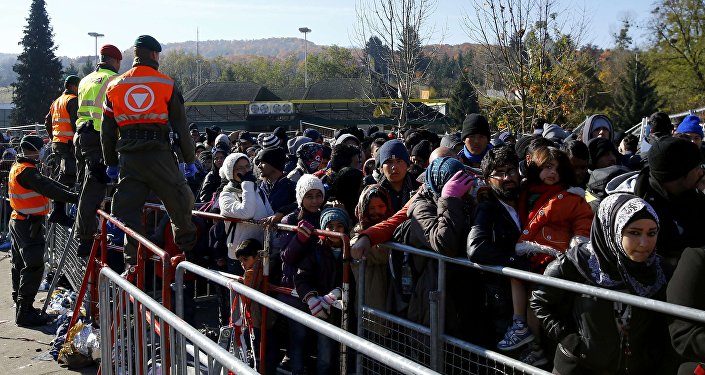 He penned a controversial 2015 law meant to weaken the spread of radical Islam through Austria, prohibiting the foreign funding of mosques and the paying of salaries to imams. He is also a supporter of austerity measures and an opponent of the notion that EU members should have uniform social policies.

Currently, the youngest head of state in the world is North Korean Supreme Leader Kim Jong-un, 33. Vanessa D'Ambrosio, the 29-year-old who served as one of the two captains regent of the Republic of San Marino (a microstate enclave of Italy), was the previous record holder until her term ended on October 1.