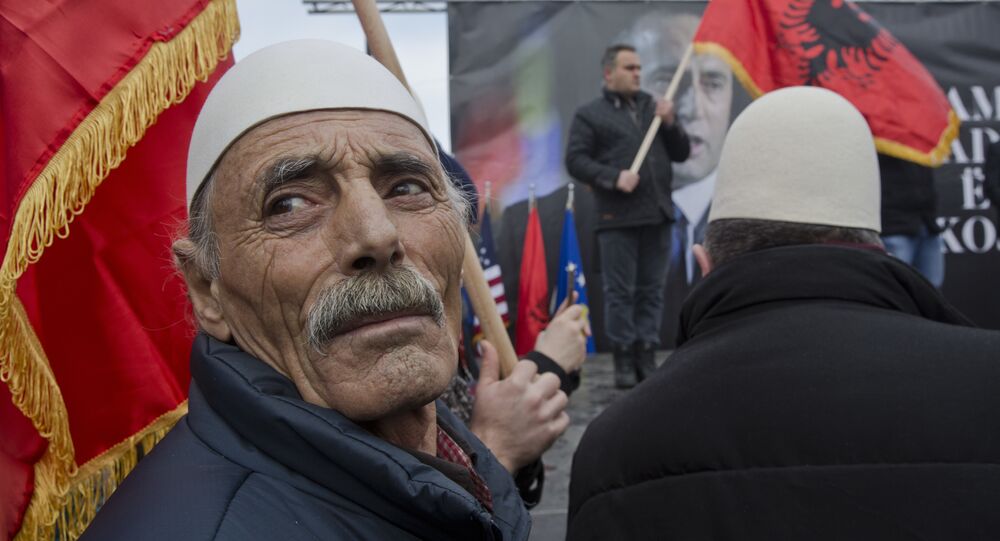 According to media reports, on Monday Haradinaj told a meeting of Albanian representatives from the southeast Serbian regions of Presevo, Bujanovac and Medvedj that the residents of "east Kosovo" will be able to get a Kosovan passport "not in a matter of months or days, but hours."

The Serbian government has reacted coolly to the latest provocation from Pristina. Prime Minister Ana Brnabic said that the topic of Kosovan passports for the residents of southern Serbia is "not open for debate," while President Alexander Vucic said, "I don't know what they'll do with a Kosovan passport," adding sarcastically, "they'll get far with it."

"All this has more of an internal political dimension. Those who get citizenship will support his politics, but he is also representing himself as the protector of Albanians beyond the so-called borders of Kosovo," Surlic said.

However, the analyst warned that Haradinaj's posturing is dangerous because it increases tensions between Serbs and Albanians living in Presevo, Bujanovac and Medvedj, a region which Albanians call the "Presevo Valley." The area saw armed conflict between the Federal Republic of Yugoslavia and ethnic Albanian separatists from 1999 to 2001.

"I think he [Haradinaj] is saying that not only Kosovo is the problem, but they could start problems in the so-called Presevo Valley," Surlic cautioned.

According to Albanian media reports, one of the participants in the meeting with Haradinaj was Sefket Musliju, a former commander of the so-called Liberation Army of Presevo, Medvedja and Bujanovac (UCPMB). Musliju, who is from Bujanovac, is wanted in Serbia for war crimes.

© AFP 2020 / ARMEND NIMANI
Splitting Kosovo in Two: Only Way to Solve Deadlock or Opening 'Pandora's Box'?
Ramush Haradinaj, who was elected Kosovan Prime Minister in June, has also been charged with war crimes by prosecutors in Serbia, although Belgrade's request for extradition from France was rejected earlier this year.

Haradinaj is a former leader of the Kosovo Liberation Army and faced charges at the International Criminal Tribunal for the former Yugoslavia (ICTY) for war crimes and crimes against humanity, although he was acquitted in April 2008. He also served as Prime Minister between 2004 and 2005.

During pre-election campaigning earlier this year, Haradinaj caused outrage in Serbia when he called for more Serbian territory to be annexed in favor of Kosovo, whose government made a unilateral declaration of independence from Belgrade in 2008.

Serbia should "delete Kosovo from the Constitution" or see "one-third third of Serb land added to the Kosovo map," Haradinaj declared.