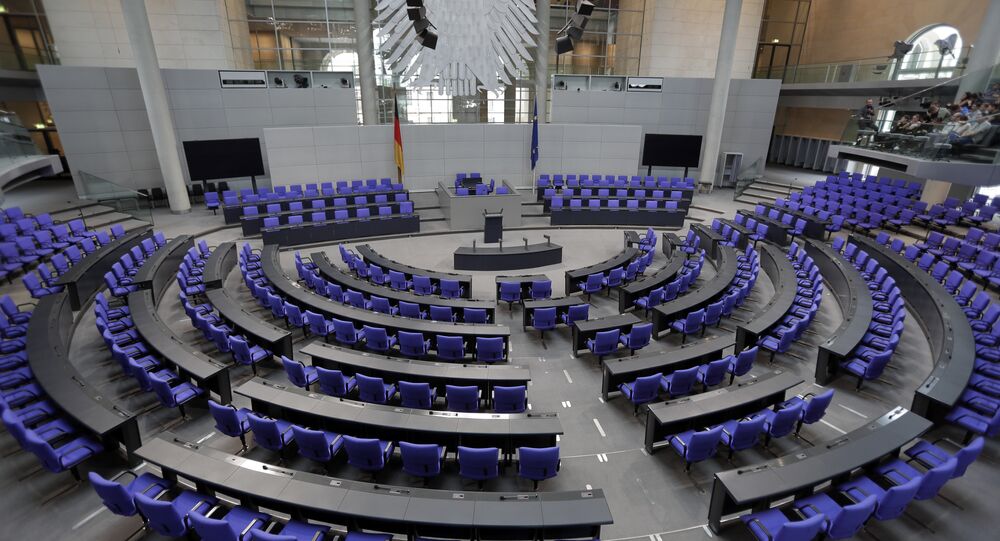 Talks about the seating plan for the new German parliament have ended in deadlock with only one matter agreed. All parties want the Alternative for Deutschland (AfD) should sit on the far right of the chamber, which ironically, that sparked concerns about their proximity to the government benches.

German political parties have been unable to reach agreement on a final seating plan for the parliament after talks on Wednesday, October 4.

But they have agreed the right-wing Alternative for Germany (AfD) party should sit on the far right of the chamber from the point of the view of the Speaker, Wolfgang Schauble.

Tweet: 'Here the provisional seating of the 19th German Bundestag'

"We could live with that. That is similar to the regional parliaments. We will be sitting next to the government bench, that's very nice," Bernd Baumann, from the AfD's parliamentary executive board, said.

The AfD passed the five percent threshold for the first time to secure themselves almost 100 seats in the Bundestag in Berlin.

The parliament has 709 MPs, with almost half representing Angela Merkel's Christian Democrats (CDU) and their Bavarian sister party, the CSU.

The liberal Free Democrats (FDP) has also returned to the chamber after bouncing back from an abysmal election result in 2013.

The AfD tweeted a map of the chamber showing them sitting next to the FPD but the Tagesschau newspaper said the FDP were adamant they did not want to sit anywhere near the AfD.

"It has great symbolic meaning…we will not give up our position in the middle without a fight," said Marco Buschmann, a member of the FDP's executive board.

The parliament is due to convene for the first time on October 24 but there is no agreement yet on a seating plan, with talks due to resume next week.

The Die Linke party (The Left) — which has its origins in the former East German communist party — is thought to remain on the far left edge of the Bundestag.

But it is unclear exactly where the opposition Social Democrats, the Greens or the FDP will sit.