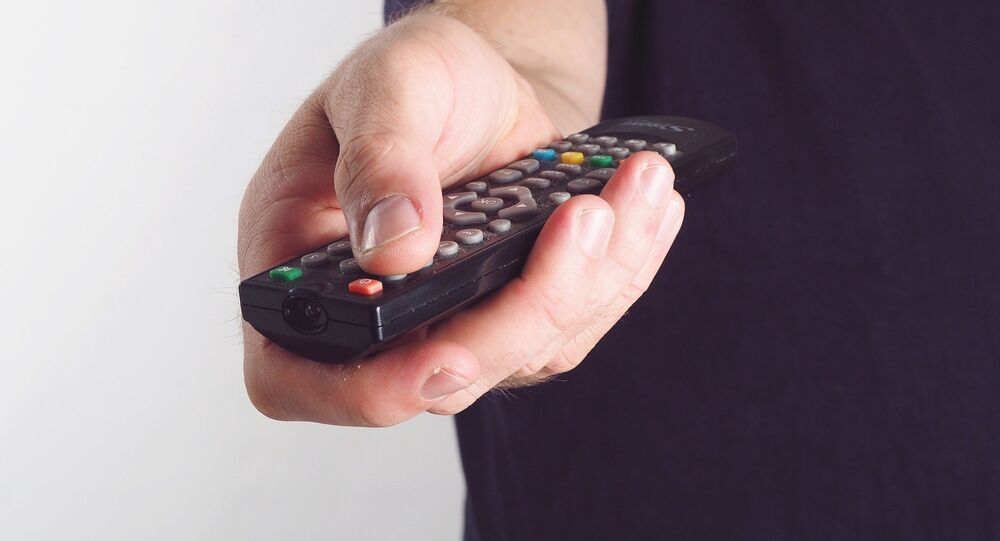 The inhabitants of Vardø in northeastern Norway have become tired of the US Globus II radar array interfering with TV signals and resulting in corrupted pictures.

Because of the radar, locals in Vardø literally see double, therefore a TV broadcast of a football match may feature as many as 44 players running on the pitch.

According to local resident Arnt Edmund Jensen, it started two-three years ago. Furthermore, the problem seems, for some reason, to get worse on Saturday, when it becomes "real crazy" by Jensen's admission.

"I bought a new parabolic antenna. It was put in place by a competent installer, just like it should be," a frustrated Jensen told Norwegian national broadcaster NRK. This, however, did not help solve the problem.

© Sputnik / Igor Russak
The Robots Are Coming! Norway Fears Unmanned Warfare
Subsequently, Jensen called the National Communications Authority and was informed that the frequency of the Vardø radar is close to that of the television satellite receiver. Ultimately Jensen was told to contact the Army as the main polluter responsible for the bad signal. After contacting the Vardø municipal government, Jensen was informed that his problem could take up to half a year to solve, the reason being that the municipality received money from the Norwegian Intelligence Service (NIS) to install cable-TV for those affected by the radar disturbances, but spent it all several years ago.

NIS spokesman Kim Gulbrandsen acknowledged that they have been in a dialogue with the municipality for several years, pledging to find an amicable solution and contribute with alternatives to parabolic antennas for deprived viewers. So far, 159 houses in Vardø have received cable TV. This was announced in the local newspapers in good time, but Jensen claims he had not been hooked up due to travel activities.

With a population of 2,100 people, Vardø is Norway's north-easternmost town, located on a small island off the coast of Finnmark County.

Docked in at the extreme northeastern part of #Norway in a town called #vardo with thanks to #flyawaytravel and #hurtigruten pic.twitter.com/R9tuTSMbD1

​Since 1998, the town has housed a radar installation called Globus II. Although authorities initially claimed that it monitored the movements of space debris, it is widely believed to play an important role in the US anti-ballistic missile system, as it was previously located at Vandenberg Air Force Base, California and was originally designed to collect intelligence data against ballistic missiles.

© Photo : forsvaret.no
Red October Revisited: Massive Submarine Hunt Along Norwegian Coast
The radar is currently administered by the NIS and operated by Norwegian personnel only. According to the NIS, the main task of the radars in Vardø is to "monitor movements in the airspace of the Barents Sea and additional areas of interest in the North."

The intelligence service also underlines that the Globus radar system bears no health risks for either staff or inhabitants in Vardø.

​"Recommended limits for radiation exposure will not be exceeded. Also, the frequencies in use will be in accordance with the laws and regulations of the Norwegian Communication Authority," NIS head Morten Haga Lunde pledged in an article posted on the NIS portal.

Meanwhile, a brand new radar, with the same task as the existing one, is under construction on the rocks above the town. Globus III is expected to be in operation by 2020.