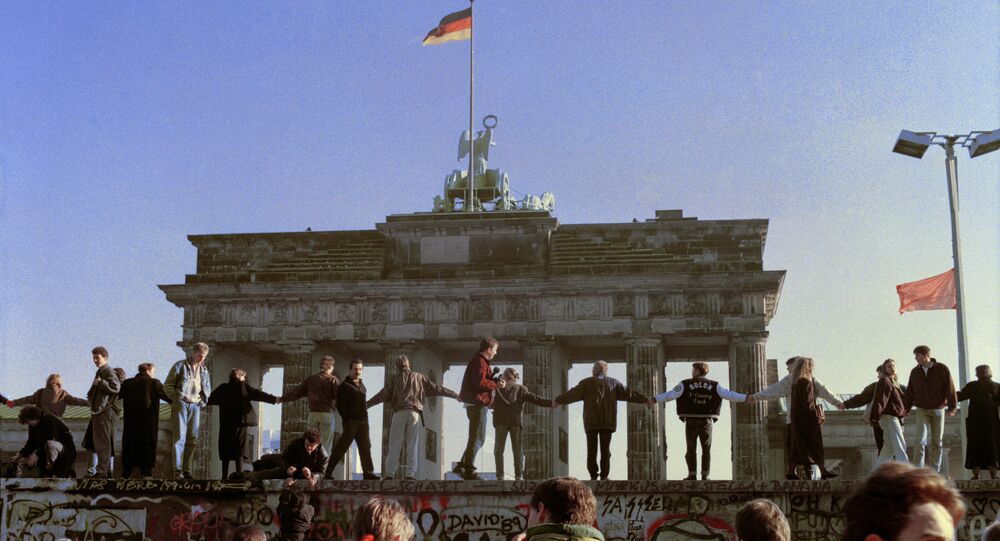 October 3 marks the 27th anniversary of "Deutsche Einheit" - the reunification of east and west Germany into a single political, economic and social entity. However, nearly three decades on, deep divisions and fractures remain between the two former states in many key areas.

When the Federal Republic of Germany (FRG) and the German Democratic Republic (GDR) — West and East Germany respectively — united on October 3 in 1990, citizens of the newly reincorporated country were thoroughly euphoric.

Reigning Chancellor Helmut Kohl spoke of "flourishing landscapes," and predecessor Willy Brandt legendarily proclaimed "what belongs together, will grow together."

In many respects, there is perhaps no example of two states that have merged together quite so successfully in history — an impressive feat, considering the vastly different political systems that governed the respective countries.

However, a generation since "Deutsche Einheit," the question of just how unified modern Germany continues to loom large.

A Berlin Institute for Population and Development report published in 2015, "How Reunification is Going," found there was little to distinguish life in either half of the country in most key respects, although vast disparities remained in some areas.

German citizens themselves are intimately aware of these differences — a Statista poll published on the 27th anniversary of the coupling found only 50 percent of Germans think unity exists between the east and the west, with that figure falling to 43 percent in the east.

These figures have been fairly consistent ever since reunification, leading some commentators to suggest that while the physical barriers that once divorced the two halves of Germany may be long gone, a "mental Berlin wall" still very much exists in their place.

Surveying east and west Germany on key metrics, it's rarely hard to see why.

Due to the extensive physical barriers separating the two Germanys, romantic partnerships between Ossis and Wessis were once virtually non-existent.

However, in 2017 they account for roughly 10 percent of all partnerships.

Polling indicates 33 percent of West Germans would actively not wish to marry someone from the "other side," and "mixed" relationships remain so exceptional individuals in such entanglements are often referred to as "wossis," a portmanteau of "Ossi" and "Wessi."

Such couplings are as common as relationships between Germans and foreign nationals — a fitting comparison, as research indicates about 20 percent of west Germans have never even visited the east (although most east Germans have been westward).

Western states continue to be considerably wealthier than those in the east — in the latter, average households own far less than half the wealth accumulated by those in the former, and risk of east Germans slipping into poverty is about 25 percent higher than west Germans.

Of the 500 richest Germans, only 21 are based in the east, although this figure is somewhat misleading — of those, 14 reside in cosmopolitan capital Berlin.

Of the 20 most prosperous cities, only one, Jena, is in the east.

There are many reasons for this disparity, not least east German wages are lower — US$3,293 (€2,800) monthly on average, roughly two-thirds average wages in the west — and property in the east is only worth half as much as in the west.

The net wealth of the average westerner is approximately US$180,160 (€153,200) per capita, but eastern households retain not even half that figure.

East German life expectancy has risen considerably since reunification, with women now on a par with their western counterparts, and east German men only slightly behind their western brothers.

At the time of reunification, productivity in the GDR was a mere 70 percent of the west's — by 2014, this figure has risen a mere three percentage points.

Most large industry and production bases are situated in the west, and the sectors present in the east are typically more menial and less productive overall — agriculture, meat-processing and call centers.

Nonetheless, this sluggish progress is also largely attributable to the number of factories bought up cheaply by west German industrialists and purposely scuttled to crush competition in the wake of reunification, as well as the state-mandated closure of many inefficient eastern companies.

Still, as of October 2017 none of the 30 largest companies listed on the German stock market are east German.

In the GDR, women were encouraged to work from the state's very inception, whereas the FRG was somewhat slow on the feminist uptake — the legacy of this divergence endures today, with more women employed in the east (75 percent) than in the west (70 percent).

Furthermore, east German mothers return to work post-childbirth much earlier than west Germans, and are more inclined to work full-time. Even part-time working mothers in the east work an average of six hours longer than those in the west.

© AP Photo / John Gaps III
25 Years On: What Has and Hasn’t Changed Since German Unification

Moreover, childcare facilities in the east remain far superior than those in the west — in the east, over 50 percent of children under three are in nursery, whereas in the west, it's under 40 percent.

There is a sizable difference in educational standards and achievement between east and west Germany — and the former has the advantage, by a significant margin.

Comparisons between Germany's 16 constituent states show that apart from the southern state of Bavaria, schools in east Germany are far better than their western counterparts.

This is arguably a legacy of the GDR's superior education system, and is reflected in the country at the highest levels — most leading German scientists, mathematicians, politicians (including Chancellor Angela Merkel) and engineers were trained in the east, even if they found prominence in the West.