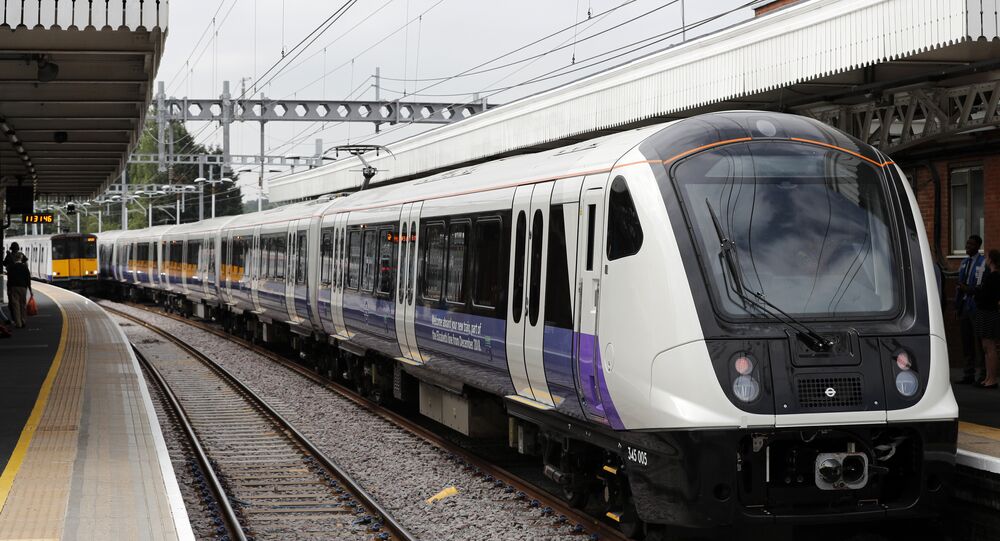 A UK railroad workers' strike will continue until the country's rail companies commit to staffing trains with security guards, the RMT National Union has stated in a press release, which claimed that "faceless railway policy" had become "purely ideological" and disregarded worker safety.

MOSCOW (Sputnik) — UK railroad workers will continue to protest across the country against the removal of security guards from trains, the National Union of Rail, Maritime and Transport Workers (RMT) has stated in a press release.

"RAIL UNION RMT said this morning that strike action over rail safety and the role of the guard in four separate disputes on Northern,‎ Southern, Merseyrail and Greater Anglia is absolutely solid right across the country," the press release said.

© AP Photo / Tim Ireland
UK Government Gives Green Light to $39 Billion Railway Project in London
Moreover, RMT General Secretary Mick Cash promised that the union would not "stand back while the guards, front-line staff are thrown off Britain's trains for political and financial reasons." Cash also slammed the UK government for "driving the faceless railway policy on purely ideological grounds and demanding that their contractors fall in line."

Meanwhile, the dispute over the role of guards has been ongoing since at least the beginning of the year, with several companies in the United Kingdom attempting to move to a new type of driver-only trains and unions demanding guarantees that guards would not lose their jobs.