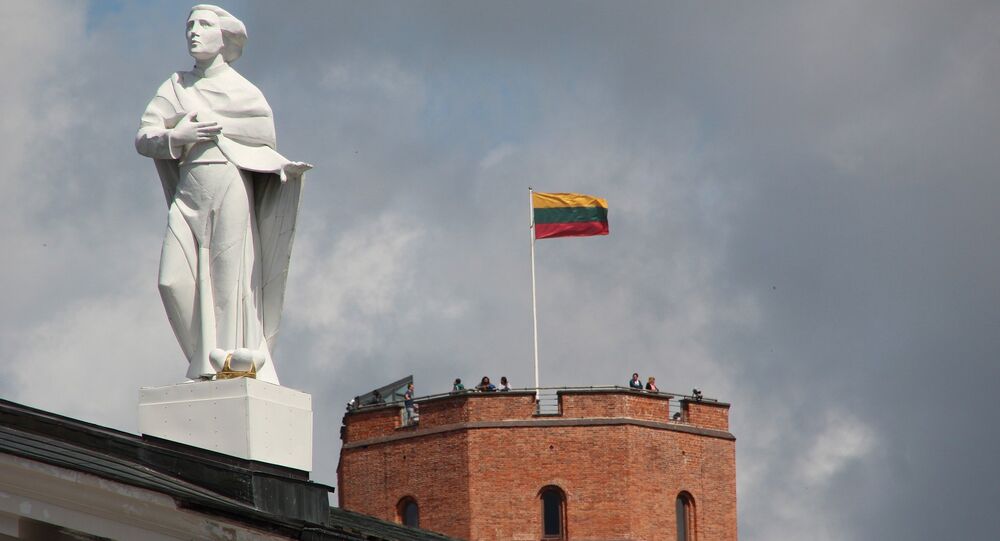 On Monday, the six-month restriction on the free reception of the Russian television channel TVCI entered into force in Lithuania, the country's Radio and Television Commission (RTCL) said.

VILNIUS (Sputnik) — The six-month restriction on the free reception of the Russian television channel TVCI in Lithuania entered into force on Monday, the country's Radio and Television Commission (RTCL) said.

"Place the broadcasters and other persons providing television programs… to Lithuanian consumers under the obligation to suspend the broadcasting of TVCI TV programs on the territory of Lithuania for six months from he date of entry into force of this decision," the Commission said.

© AFP 2020 / GEORGES GOBET
Lithuania Checking Amount of Russian-Made TV Content on Air - Official
According to the Commission, "The Right to Know" TV show which aired on June 10 violated the Law on the Provision of Information to the Public because the statements of the talk show participant, Russian politician Vladimir Zhirinovsky, the leader of the Liberal Democratic Party of Russia (LDPR), "incited to hatred among nations and instigated war."

On September 20, the Commission said that it made the decision and was awaiting approval by the Vilnius Regional Administrative Court.

Meanwhile, in April, the RTCL decided to suspend the TVCI for a month because of allegedly "one-sided, biased, defamatory" coverage of the events of January 13, 1991, in Lithuania, during the unrest that followed Lithuania's 1990 declaration of independence. Last year, Lithuania suspended Russia's RTR Planeta channel for three months.