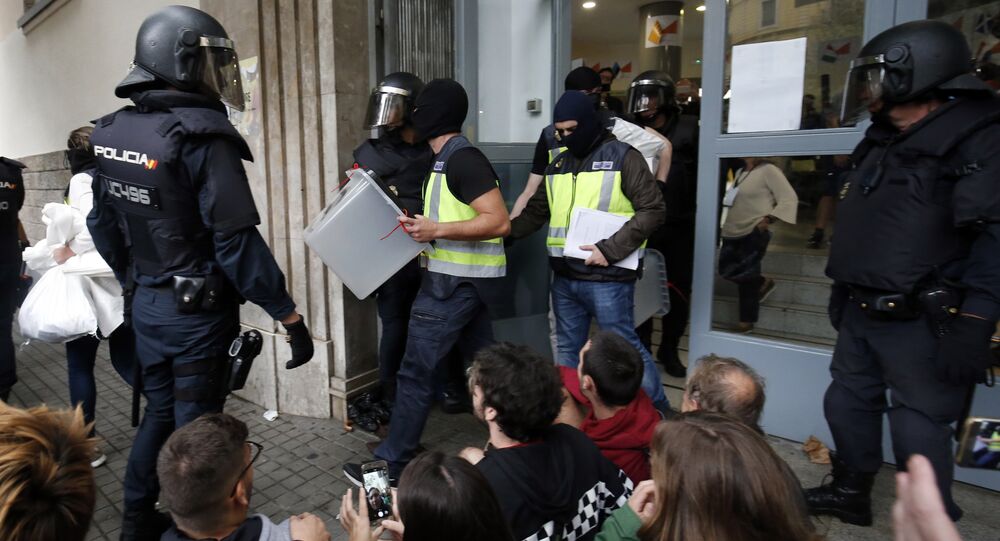 Spanish Justice Minister Rafael Catala Polo said that Madrid will prevent Catalonia from seceding from Spain amid heightened tensions in the region from the highly contested referendum that was held on Sunday.

"If someone thinks that it is possible to unilaterally declare independence, which is impossible since it does not correspond to [the established] competences, we need to do everything possible within the law to prevent it," Polo said in an interview with Spanish television.

© REUTERS / Enrique Calvo
Spain's PM to Thank Policemen for Their Work During Independence Referendum in Catalonia
Numerous clashes between the Spanish police and pro-independence activists resulted in injuries to at least 33 law enforcement officers and 893 civilians. Madrid's actions in Catalonia triggered criticism across Europe and prompted a reaction by rights groups. Carles Puigdemont said the Catalan government will set up a commission to investigate violations of citizens' rights during the referendum on Catalonia's independence.

Puigdemont also called on law enforcement forces complicit in violations of citizens’ rights to withdraw from the region.

The autonomous community Catalonia held the referendum on independence from Spain on Sunday. Over 90 percent of more than 2.26 million votes available for the count was in favor of secession from Spain, with the region's population exceeding 7.5 million.