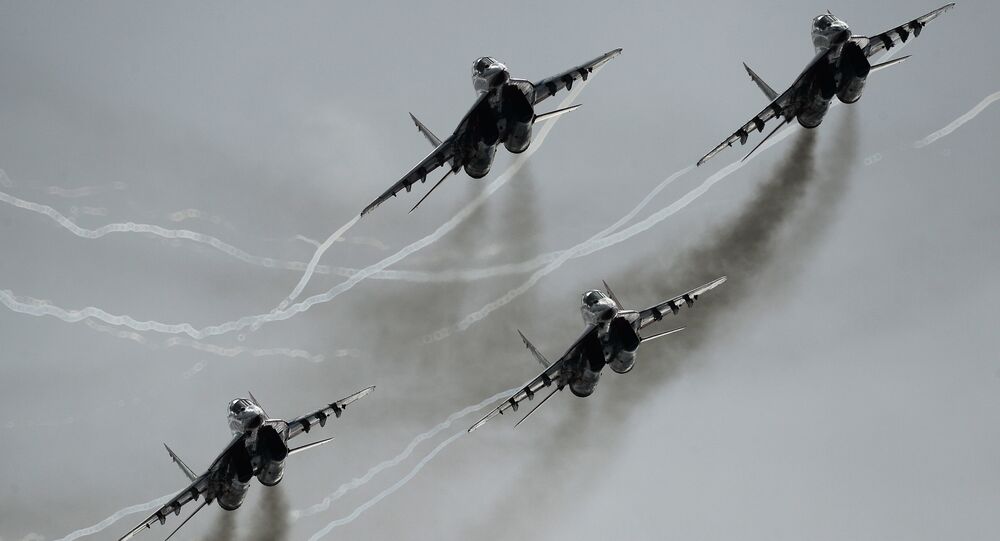 On Monday, Russia has started the first delivery of six Mikoyan MiG-29 fighter jets to Serbia, a source in the sphere of military-technical cooperation told Sputnik.

The first An-124 military transport aircraft, loaded with disassembled Russian Mikoyan MiG-29 fighter jets, was scheduled to take off from Tretyakovo airport in the Moscow Region, which is operated by Russian Aircraft Corporation MiG, at noon on Monday.

Since then, the two countries have issued different delivery timeframes, including by this year-end. The source has now told Sputnik that the aircraft are set to be first demonstrated on October 20, during a national military parade, which will mark the anniversary of the liberation of Belgrade in the Second World War.

© Sputnik / Russian Defence Ministry
'We Must Be Strong Enough to Defend Ourselves': Serbia Mulling Russia's S-300 System Purchase
The country's defense forces will then present Serbian Air and Air Defense Force military pilots who have undergone additional training in Russia. The source, however, has not specified the date of the first flight.