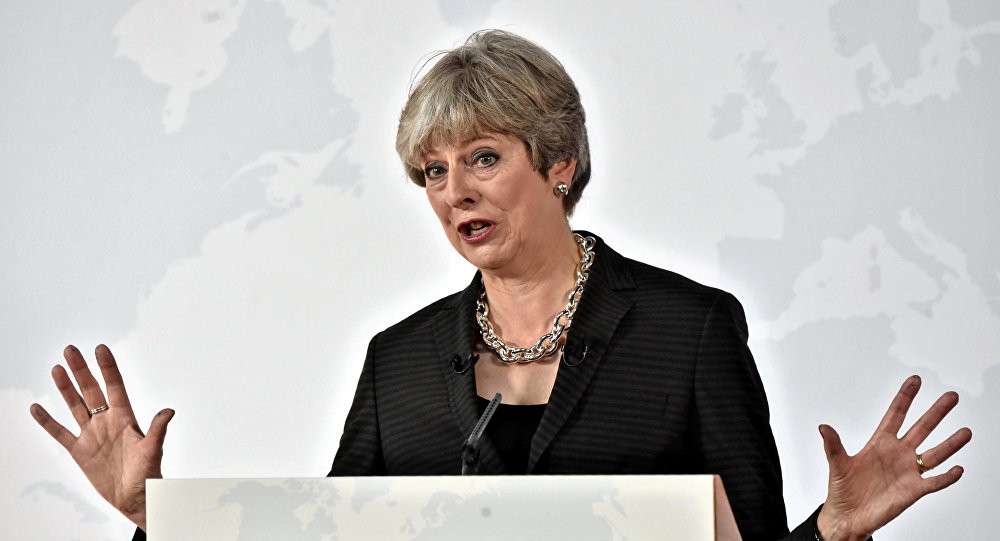 UK Prime Minister Theresa May said she would not resign if she fails to settle a post-Brexit deal.

MOSCOW (Sputnik) — UK Prime Minister Theresa May said Sunday that the government was working on ensuring the best possible post-Brexit deal with the European Union, adding that further steps in case of a "no deal" scenario were also discussed.

"Government is working on what it would need to put in place if there was no deal. What we are also working on is ensuring that we get a right deal," May said in an interview with the BBC broadcaster answering the question about government's plans for "no deal" scenario.

May added that she would not resign in case she failed to get a deal.

"I am working to get a deal, Andrew [Marr, BBC host]. That's what the whole focus of government is. So let's put our efforts into that," the prime minister said.

May's comments came against the background of statements made by UK Foreign Secretary Boris Johnson on Saturday, all of which go beyond the cabinet position set out in May’s Florence speech in late September. Johnson demanded a maximum two years of the transition period after Brexit, with London refusing to accept any new EU rules during that period. He also urged the government not to pay any fees for access to EU single market or shadow EU rules to gain the access.

The United Kingdom voted to leave the bloc in a referendum in 2016. The Brexit negotiations officially kicked off in June and are due to be completed by the end of March 2019. During the talks, London and Brussels are set to discuss a number of issues, including EU citizens' rights, the financial settlement and the border between the Republic of Ireland and Northern Ireland.