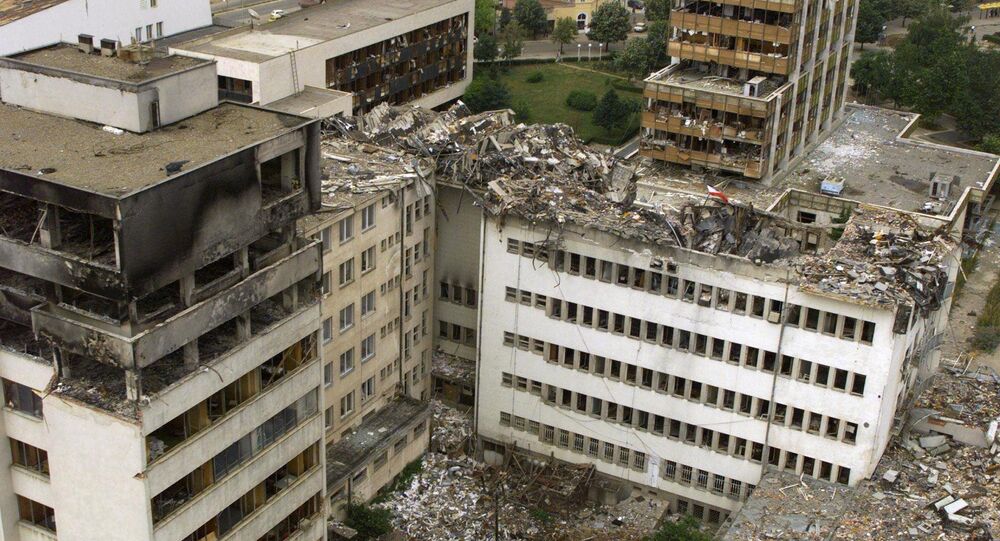 The action group comprising of Serbian medical professionals, scientists and servicemen reportedly issued a request to the Serbian Ministry of Health and Ministry of Environmental Protection to conduct an investigation into consequences of 1999 NATO bombing, the meeting of the group members and ministers is scheduled for next week.

BELGRADE (Sputnik) — According to the action group, state of health of the people leaving in the areas close to the bombing sites is rather bad due to the impact of radioactive contamination. In particular, Prof. Danica Grujicic, the head of the neurosurgery department of the Clinical Centre of Serbia, raised the issue of cancer, autoimmune diseases and infertility.

"In the past the public has repeatedly pointed out that the land was contaminated in the places where the war crime [bombins with the use of radioactive substances] took place, and we are fully supporting the public in their efforts so that every case of radioactive contamination was released, and we will take part in creating a relevant commission," Minister of Environmental Protection Goran Trivan said, as quoted by the Radio Television of Serbia broadcaster.

The broadcaster noted that following the bombings the radioactive contamination had been found in the areas near Serbian towns of Bujanovac, Presevo and Vranje in the country's south, next to the border with Kosovo.

The investigation is expected to involve medical professionals in different fields, such as radiologists, epidemiologists and toxicologists, who will examine the land, water and air, as well as food products. Then the relevant coordinating body will reportedly conduct an economic and legal investigation. According to the broadcaster, the collected materials would serve as a basis for filing a lawsuit against 19 NATO members who took part in the offensive.

The Kosovo War between the ethnically Albanian Kosovo Liberation Army (KLA) and the forces of Yugoslavia, consisting of Serbia and Montenegro in 1998-1999, ended after the UN-backed international intervention following NATO's bombing of Yugoslavia's troops.

The NATO strikes continued from March 24 to June 10, 1999. The exact number of victims is unknown. The Serbian authorities claim that the bombings claimed livers of nearly 2,500 people, including 89 children, while 12,500 people were injured. According to various estimates, the material damage amounted to $30-100 million. The military operation was undertaken without the approval of the UN Security Council, based upon the Western countries' claims that Yugoslavia's forces were carrying out ethnic cleansing in Kosovo.