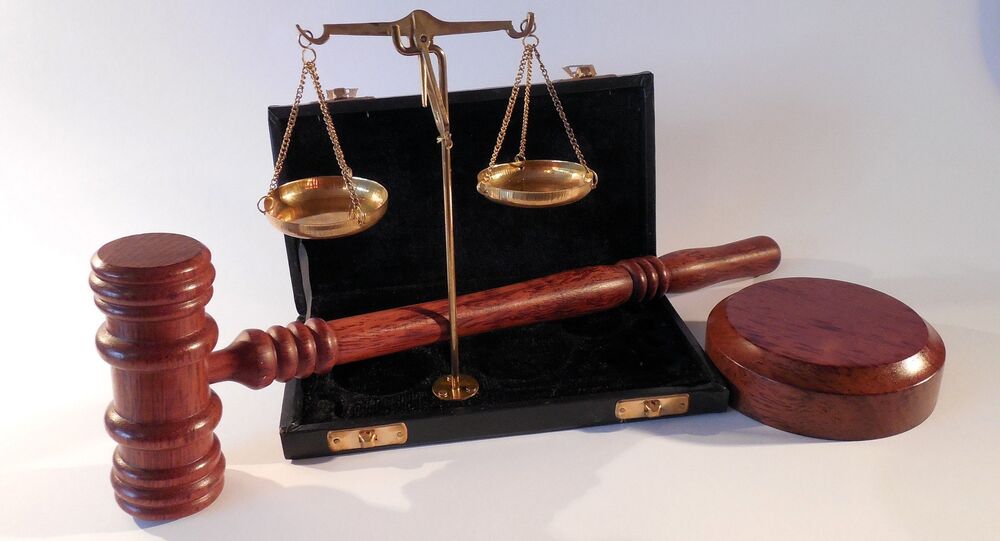 The judge in Britain, who spared an Oxford University student from a jail sentence for stabbing her boyfriend, is being investigated by a judicial watchdog.

A judicial watchdog in the UK has announced it has begun an investigation into the judge who refused to send an Oxford University student to jail after stabbing her boyfriend.

Judge Ian Pringle QC handed Lavinia Woodward a 10-month prison sentence on Monday, September 25, suspended for 18 months — meaning she will not go to jail unless she commits another offense or violates the conditions of her release.

The decision has since sparked a flood of complaints that the judge had been too lenient, in particular from campaigners representing male victims of violence.

Now a spokesperson for the Judicial Conduct Investigations Office (JCIO) has said it is probing the case which was heard at Oxford Crown Court.

"The JCIO can confirm they have received a complaint against HHJ Ian Pringle QC. Any findings of misconduct against judicial office holders are published on the JCIO website at the conclusion of investigations," the spokesperson said.

The judge who spared 'extraordinary' Oxford student #laviniawoodward from jail is under investigation https://t.co/IHvCCkLoCt pic.twitter.com/y4zdrJYSMc

Woodward, a medical student at Oxford's Christ Church college, was due to be sentenced in May of this year after she admitted knifing her then partner, a Cambridge University student, in a drunken assault in 2016.

The 24-year-old appeared in court following the attack on her former partner.

During the sentencing hearing on Monday, September 25, Judge Pringle said he had deferred his decision to allow the university student to continue with counselling and demonstrate she had overcome her addictions.

The judge gave her four months to prove herself, however, by staying out of trouble.

"If this was a one-off, to prevent this extraordinarily able young lady from following her desire to enter the medical profession would be too severe," the judge said.

He described Woodward as "deeply distraught and mentally disturbed" during the incident, adding:

"Whilst this was clearly a case where your behavior must have been extremely intimidating to your partner, the actual injuries were relatively minor and certainly less serious in the context of this offense."

The judge said Woodward, who had no previous convictions, had shown "genuine remorse," including breaking her bail conditions to contact her former boyfriend to "confess her guilt and her deep sorrow" at what had happened.

"Whilst you are clearly a highly intelligent individual, you had an immaturity about you which was not commensurate for someone of your age. As the reports from the experts make clear, you suffer from an emotionally unstable personality disorder, a severe eating disorder and alcohol drug dependence," Judge Pringle said.

"Finally, and most significantly, you have demonstrated over the last nine months that you are determined to rid yourself of your alcohol, drug addiction and have undergone extensive treatment… You have demonstrated to me a strong and unwavering determination so to do despite the enormous pressure under which you were put," he added.

James Sturman QC, the barrister defending Woodward insisted his client was a "different woman" and would continue with her treatment. He said she was not being "treated leniently because she is intelligent," arguing she was a vulnerable, damaged young woman.

On December 30, 2016, realizing Woodward had been drinking, her partner contacted her mother for assistance.

When Woodward discovered this, she became "extremely angry" and began throwing objects at him.

As he called 999 for police help, Woodward picked up a bread knife and stabbed in the lower leg before eventually being restrained by him as she tried to turn the weapon on herself.

The court heard Woodward was later admitted to a clinic for addictions to Class A drugs and alcohol, as well as an eating disorder.

"The question of her future will now be decided by the university, which has procedures in place when a student is the subject of a criminal conviction," said the dean of Woodward's college, the Very Rev. Professor Martyn Percy.