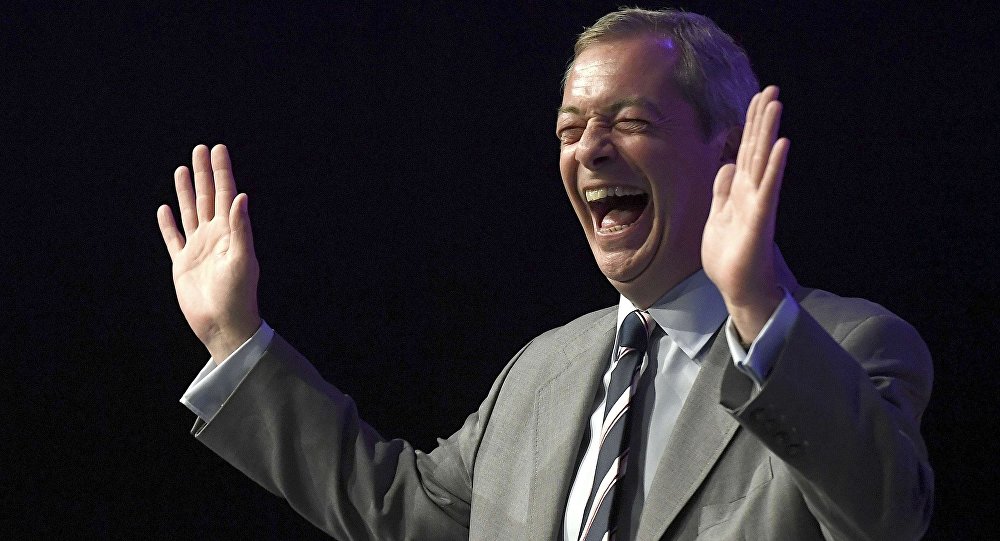 With the political party conference season now in full flow, UKIP members attending the annual gathering in Torquay could not fail to be other than impressed by the giant poster on display at the venue.

For all the talk of demise, Ukip can still fill a fair-sized hall. And this is their slogan for this year. pic.twitter.com/TJblNG6uIQ

Greatly enjoying that @ukip don't appear to actually own the domain name listed on their conference poster https://t.co/BFdpPT3Z6S

​Party activists clicking on this, however, expecting to be inspired by UKIP news, views and material are in for a bigger shock than British prime minister Theresa May got on 2017 general election night.

By simply clicking on the domain name, members are then greeted by information that has got absolutely nothing to do with Europe or its politics.

The political blunder appears to have been spotted by @Christhebarker, who quickly tweeted the gaffe to Guardian journalist Martin Belam as well as the UKIP party as well.

And then if you look closer… pic.twitter.com/7NO0Mp6xmT