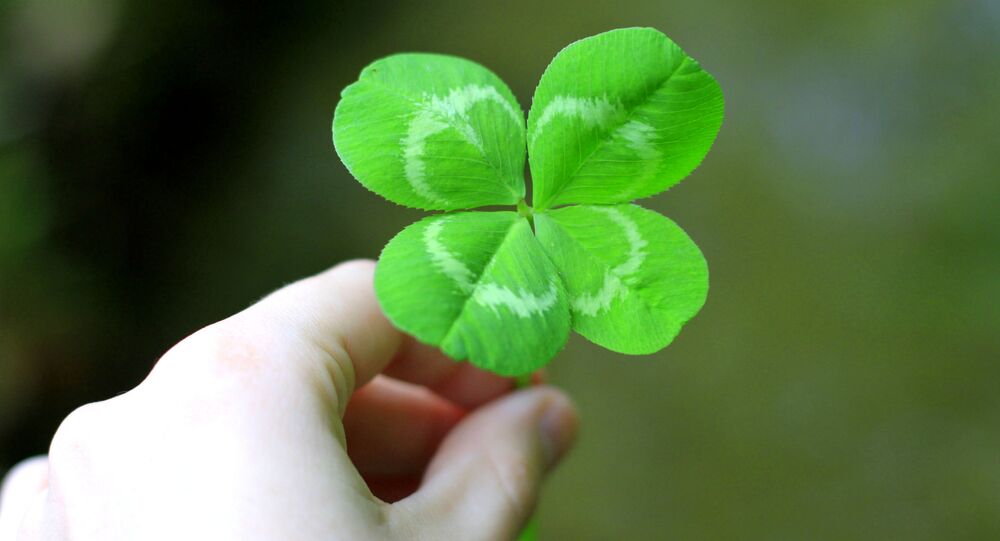 The European Parliament is to vote on controversial plans to allow Northern Ireland to remain in the EU single market and customs union after Brexit. An economics expert told Sputnik what it would take to realize the plan that has already received criticism.

Northern Ireland should be allowed to remain in the European single market and customs union after Britain finally leaves the EU under a controversial proposal to be voted on by the European Parliament.

© AP Photo / Brian Lawless
London's Uncertainty on Brexit is 'Destabilizing Irish Border Issue'
The plan would allow the continuation of free uninterupted movement in Ireland with customs checks taking place at ports along the Irish sea for visitors traveling between Britain and Northern Ireland.

Both the European Commission and European Parliament insist such custom checks are also necessary to protect the integrity of the EU's borders and plug a "gaping hole."

The plan could work, according to Steve Keen, economics professor at Kingston University in London, although it would involve a great deal of commitment.

"It could work. There would be no hard border in Ireland, as now. It would take a vote of the Northern Ireland Assembly, and they would not have the authority. So, the UK government would have to agree to it," Professor Keen told Sputnik.

Professor Keen believes the legal side of things could be handled with a "where UK and EU laws clash, the UK law shall apply."

"The UK pound could remain the currency. You could even have a dual currency arrangement. Scotland might ask for it, but there the issue is reversed. Scotland, Wales as EU members would impose hard borders where none exist at present," Professor Keen said.

He believes the real issues would come for the EU.

"I don't think it has a non-state as a member right now, so they'd need to define a new legal status. But they've done similar things for countries wishing to join before."

Critics of the proposal have, however, accused Brussels of attempting to abduct Northern Ireland in a deliberate move to break-up the UK.

Tom Brake, the Liberal Democrat Brexit spokesman, said the proposal attempts to destroy the sovereignty that beats at the heart of Brexit.

"To have one nation of the UK in the single market and the other three nations outside it would be a complication built upon a fiasco that could lead to the break-up of the United Kingdom," he said.

The plan has triggered some condemning reactions on social media.

This is an extremely cynical ploy from the EU to create fractures amongst England, Scotland, Wales and N Ireland… Outrageous behaviour

Sounds like Verhof wants EU to have a back door to the UK or he's insisting on a hard border.

The British government has been quick to reject the European Parliament proposal.

"We recognize and respect the vital role the European Parliament will play in the this process. However this is a draft document and was issued before negotiations this week were completed. Therefore it does not take into account the further progress made this week. We and the EU have committed to protecting the Belfast Agreement and the Common Travel Area and agree that we will not accept any physical infrastructure at the border," a spokesperson said.

The 'Irish Question' still remains a major stumbling block, however, having been already discussed during the Brexit negotiations.

#Brexit — citizens, Ireland and financial settlement — what was agreed and what more needs to be done https://t.co/GpSLkBvIY7 pic.twitter.com/18T4ELypru

While negotiators on both sides are keen to ensure there are no "hard" physical barriers between the north and south the EU is insisting on custom checks at seaports.

Michel Barnier, the EU chief negotiator, has also indicated that until the "serious" Irish Question is resolved, he will not proceed to discuss other key Brexit issues namely the UK's trading arrangements after it leaves.

The dilemma facing British prime minister Theresa May is further complicated by the fact her fragile government is propped up by the Democratic Unionist Party (DUP), who are against any deal that would see Northern Ireland split from the UK.