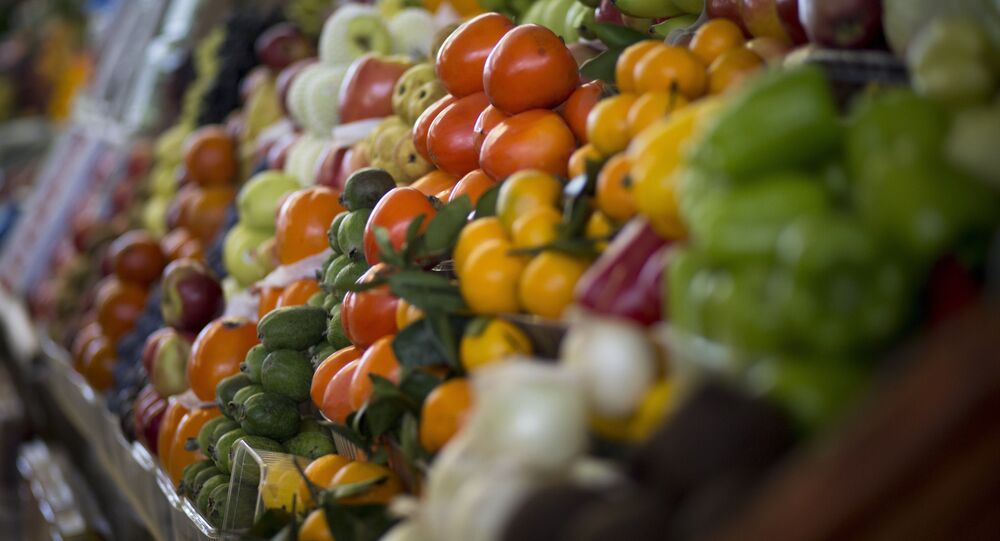 While the EU never tires of inventing new economic restrictions against Russia, there is one European country in the heart of the Old World that follows its own independent course preferring to have fruitful cooperation with Moscow.

Serbian exports to Russia have increased by over 25% over the last seven months, Dejan Delic, director of the Serbian Chamber of Commerce in Russia, said, adding that trade relations between the two countries continue to develop.

"I think we should continue to increase our supplies, given the fact that our products have their own buyer, they are in demand and are of high quality," the economic expert said in an interview with Sputnik Serbia.

© Sputnik / Sergey Kompanichenko
Serbia Would Benefit From Pipeline for Russian Gas Via Bulgaria - Gas Association
The Balkan country has earned $567.8 million from food supplies to Russia, and this figure could reach $1 billion by the end of the year, Delic noted.

In his opinion, trade turnover between the two countries might "gradually reach a pre-crisis level." Record exports were registered in 2013, when Serbia supplied goods worth $1.62 billion to Russia.

Despite severe pressure from the EU, Serbia has refused to join in the anti-Russian sanctions imposed by other European countries, and thus has not been affected by Moscow's countermeasures.

© AP Photo / Darko Vojinovic
Serbia Ready to Learn From Russian Experience in High Technologies – PM
According to official data, exports of Serbian vegetables to Russia grew by 22% from January to August 2017 compared to the same period in 2016. Fruits exports have risen by 10%, respectively.

Russia is Serbia's third most important trading partner. Exports primarily include fruits and vegetables, dairy products, meat (exports of which grew by 186% in 2017), beverages and hosiery.