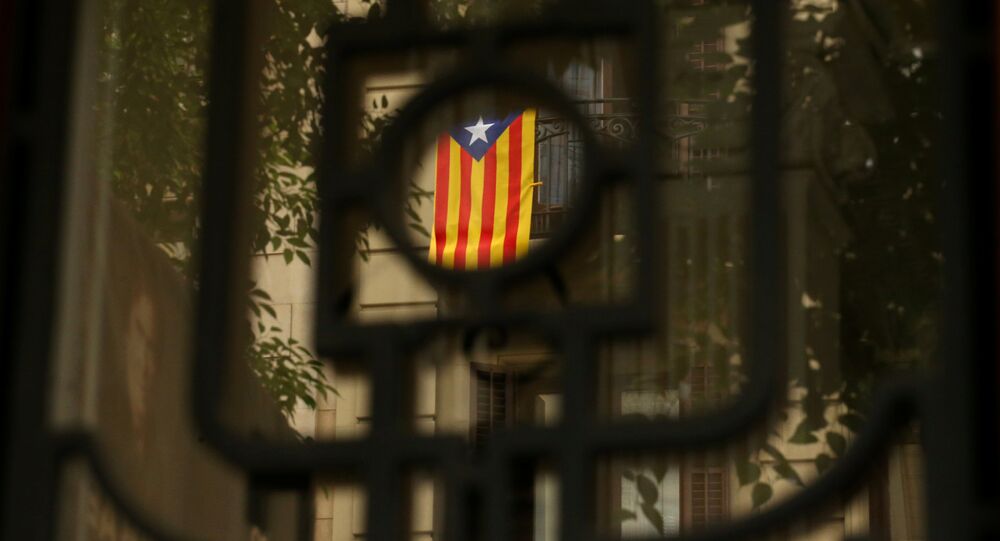 On the threshold of the independence referendum in Catalonia, as tensions around the upcoming event are mounting Spanish authorities continue to take measures to prevent the vote.

MADRID (Sputnik) — Spain's Civil Guard on Thursday seized 100 ballot boxes and 2.5 million ballots prepared for the Catalan independence referendum, which the Spanish government does not recognize.

The boxes and the ballots were found in the municipality of Igualada, near Barcelona, according to the Civil Guard.

Almost 10 million ballots were seized last week, although the whole population of Catalonia is a little more than 7.5 million, including those who are not eligible to vote.

The high court of Catalonia has asked local law enforcement to prevent the polling stations from opening. Joaquim Forn, the interior minister with the Catalan government, said earlier in the day that the Catalan law enforcement agents would not refuse or try to circumvent the court's ruling.

"We want to say clearly: it is important to ensure normal co-existence in society," Forn said in a speech, televised by the broadcaster 24 Horas.

Forn said that Catalonia's police, Mossos d'Esquadra, would act based on the situation. When he was asked whether schools, where elections usually take place, would be closed he answered that it should be discussed and decided now.

© AP Photo / Alvaro Barrientos
UN Urges Spain to Respect Democratic Rights of Catalonia
Spanish and Catalan law enforcement agencies held a meeting earlier on Thursday to discuss the coordination of actions related to the referendum, which is planned for this Sunday.

Secretary of State of Security Jose Antonio Nieto said that the referendum could not take place.

The Spanish federal government has filed a complaint with the country's Constitutional Court over the Catalan government and parliament approving the law on the referendum. The court has taken the complaint under review, thus suspending the Catalan law and making all further preparations for the referendum illegal, but the supporters of the vote have not ceased their activities.

Catalonia 'Is Not Against Spain as Such, But Against Its Ruling Party'

Independence for Catalonia - An Idea Whose Time Has Come?