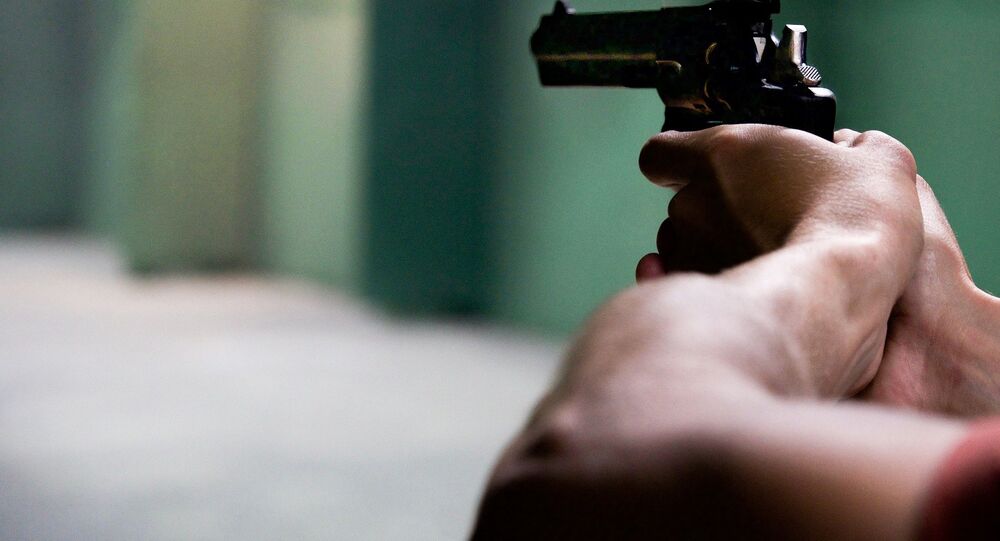 A post-mortem is being carried out on Thursday, September 28, on a man who was shot dead by the police near a motorway in the west of England. Sputnik spoke to a trained Armed Response Vehicle (ARV) officer about what appeared to have happened.

A pathologist is carrying out a post-mortem examination on a man who was shot by police near Portishead, just outside Bristol on Wednesday, September 27.

The man has not been identified but the Independent Police Complaints Commission (IPCC) said a gun which appeared to be a non-police weapon had been found at the scene.

IPCC investigators deployed to the scene to gather evidence and oversee forensics. What appears to be a non-police firearm found at scene.

A trained Armed Response Vehicle officer, speaking on condition of anonymity, said Avon and Somerset Police had been deliberately vague about what actually happened because of the IPCC investigation.

"The scene photos suggest more than one officer has discharged their weapon, from more than one angle. This would suggest the officers perceived the same imminent threat to life," he told Sputnik.

He said photographs of the scene show a handgun on the roof of the car which was not of the type used by the police.

We'd like to thank everyone for their patience & understanding following closure of #A369 #Portbury100. Keep an eye on our feed for updates. pic.twitter.com/x8BZTLjtob

​The incident near the M5 at Portishead comes nine months after a similar incident in the north of England.

Yorkshire drug dealer, Yassar Yaqub, 28, was shot dead by police on the M62 motorway near Bradford in January. On that occasion a gun was found in the footwell of his car.

"The tactic is called an 'enforced stop.' Officers would look for a location that minimizes the risk to members of the public, however it is a highly dynamic tactic and the avoidance of an armed pursuit is important," the ARV officer told Sputnik.

IPCC investigators are at the scene gathering evidence and attending the post incident procedures. Our investigation is in its early stages

The road is still closed on Thursday as the IPCC carry out a thorough forensic and ballistics examination.

"We have been advised that officers were responding to reports of a man traveling on the M5 with a handgun and that he had threatened another motorist," an IPCC spokesman said.

They said they would be identifying the man as soon as they had contacted his next of kin.

An eyewitness told a local witness he was driving just behind the man's red hatchback when the incident took place.

"They surrounded it. They shot maybe five, six or 10 times. Then they dragged a man from the car to resuscitate him," said David Ellison.

In December 2015, Jermaine Baker was shot dead as he prepared to spring a man from a prison van outside Wood Green Crown Court in north London.

The officer who shot him remains suspended, awaiting a decision on whether he should be charged.