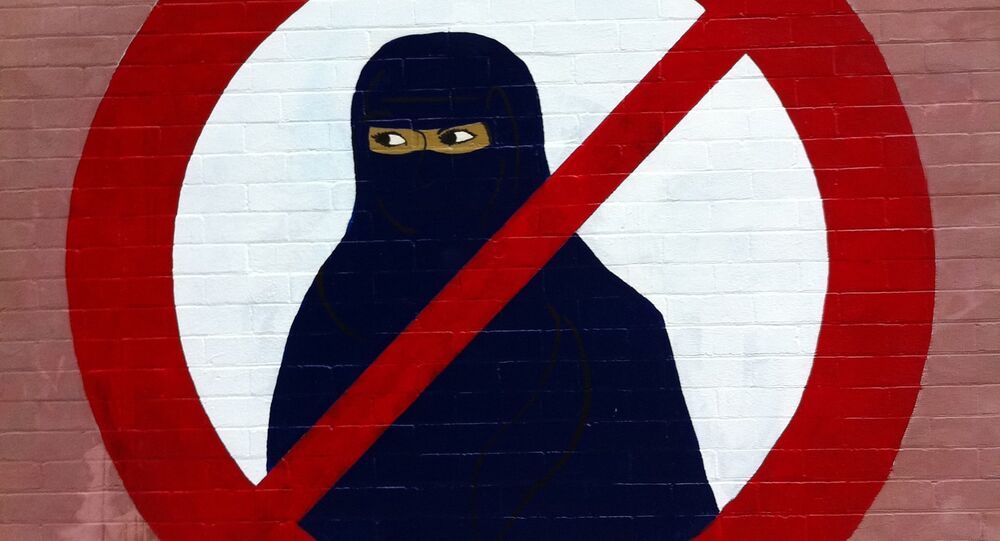 The Swedish Liberal Party in the city of Trollhättan wants to ban hijabs in the public sector. The proposal is only part of the measures presented in criticism of the municipality's integration policy in the city recently plagued by gang crime and vandalism.

Sweden's Liberal Party, currently in opposition to the red-green coalition government, has become an increasingly vocal critic of the government's handling of the integration of "new Swedes." One of the proposals set forth by the Liberals' branch in the city of Trollhättan is to introduce a ban on the hijab at schools and other municipal activities, Swedish Radio reported.

The hijab ban is only one of the twelve proposals laid down by the Liberals in Trollhättan City Council regarding integration. Other noteworthy proposals include a plan against violent extremism.

© REUTERS / TT News Agency/Anders Wiklund
Mosque in Southern Sweden Reportedly Destroyed in Suspected Arson Attack (PHOTO)
Liberal group leader Rita Paulsson Svensson contended that the growing insecurity in parts of Trollhättan demands drastic measures to promote the integration of newcomers. At the same time, she expressed growing discontent with how the government is handling the problem.

"The majority's perennial answer is that the police are in charge of order and security. In their strategy for social sustainability, they keep referring to lofty concepts, but they have failed. Now we want to show that we want, we can and we dare. There is a lot a municipality can do to prevent the fires from igniting," Rita Paulsson Svensson said, referring to the spate of violence that rocked Trollhättan's residential areas earlier this year. The unrest involved skirmishes, stone throwing and arson and was blamed on ethnic contradictions.

Of the proposals put forth by the Liberals, the demand that all public servants and participants in municipal activities refrain from wearing religious and political symbols is the most divisive, as the acceptability of the Muslim headdress has long been an apple of discord in Swedish society, alongside other religious issues.

© AP Photo / Anders Wiklund
Sweden's Dilemma: 'Failed to React on Islamist Threat' to 'Avoid Racism Stigma'
Rita Paulsson Svensson admitted that there was a risk that the ban might result in more Muslim girls being kept at home or sent to religious schools instead, but added that the municipality cannot backtrack on such issues.

The Liberals' integration proposals come after a protracted period of unrest in the districts of Sylte and Kronogården in Trollhättan. Following the outbreak of violence, security officers from several security companies were forbidden to enter Sylte without a police escort. Ombudsman Lennart Sköld referred to the company's responsibility for the lives and the health of their staff and called the situation "extreme," Swedish Radio reported.

​"We can never accept violence resulting in burned down preschools, cars and emergency vehicles set ablaze and gross violence from gang criminals," the Liberals said in their program.

Trollhättan is the seat of Trollhättan Municipality, Västra Götaland County with roughly 50,000 inhabitants. It is located 75 kilometers north of Sweden's second-largest city, Gothenburg and has long been known as the headquarters and the main production plant of Saab Automobile. Today, it is on the police list of cities with so-called "exposed areas," in effect ghettos with rampant crime and gangland violence.

The Liberals, formerly known as the People's Party, is a center-right party, whose official ideology has always been social liberalism. In the 2014 general election, it harvested 5.4 percent of the vote.