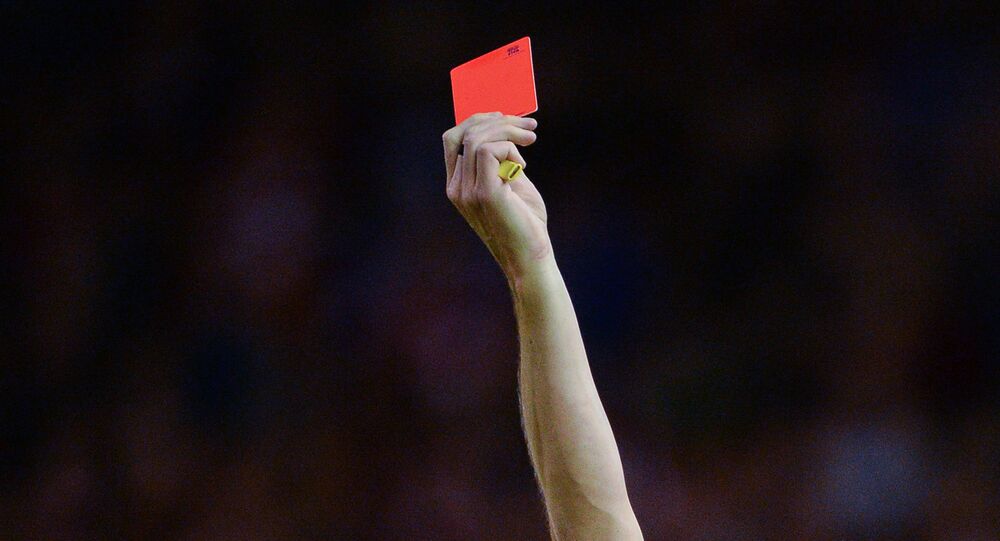 'It Slipped Out': German Football Coach Suspended After Nazi Outburst

A German lower-league football club is embroiled in scandal after its manager used a Nazi greeting; he has since apologized.

The manager of Hamburg-based club FC Teutonia 05, Bert Ehm, was taking part in a press conference after his side's 1:2 defeat at TuS Dassendorf on Friday when he uttered "Sieg Heil", to the evident shock of those present.

The club, which plays in the Oberliga Hamburg, Germany's fifth league, has issued an apology for the coach's outburst and suspended Ehm with immediate effect.

"The board of FC Teutonia 05, its players, coaches and supervisors, the whole team and its sponsors sharply distance themselves from racism, fascism and nationalist thoughts in words and images," the club's chairman Diddo Ramm stated on Tuesday.

Ehm, 70, is a well-known coach with a long and successful career in the Hamburg leagues. He apologized for using the phrase and sought to distance himself from Nazi ideology.

© CC BY-SA 3.0 / Immanuel Giel / Herxheim am Berg 05.JPG
For Whom the Hitler Bell Rings: German Town Defies Campaign to Silence 80-Year-Old Chimes
"I would like to apologize for this sentence, which slipped out. I am an impulsive person, who sometimes says things which I shouldn't. I am sorry."

"I am not a supporter of National Socialism at all. I am friends with people from other countries," Ehm said, Bild reported.

During the Third Reich, "Sieg Heil" was a common greeting used to accompany the Nazi salute, along with "Heil Hitler" or "Heil Fuehrer."

After 1945, the German constitution outlawed the use of symbols of unconstitutional organizations, legislation which is particularly applied to far-right groups. The use of the swastika, Hitler salute and other related gestures, slogans or emblems is punishable with a fine or up to three years in prison.