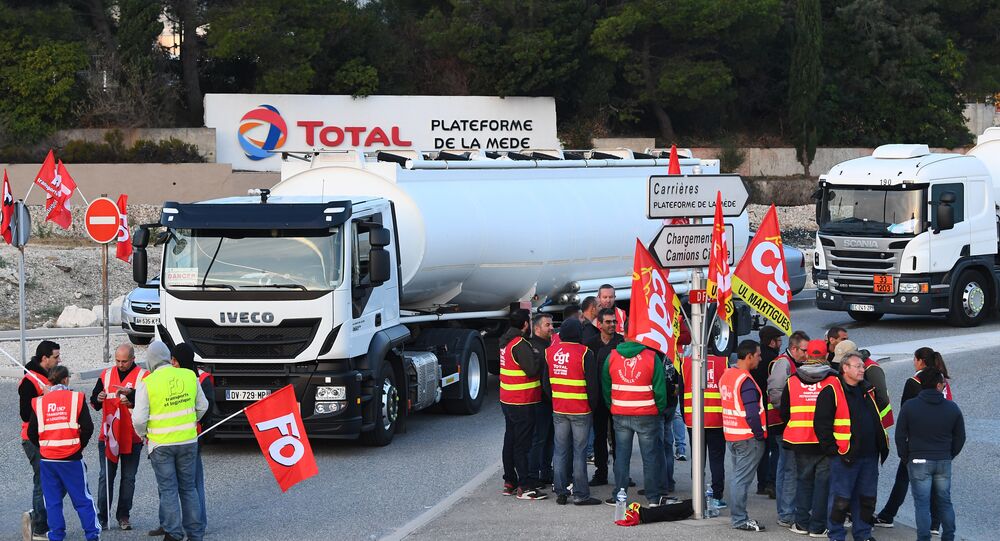 Over 300 fuel stations across France have experienced partial shortages or have totally run out of fuel as truck drivers continue to protest against President Emmanuel Macron's labor law reforms, signed into law on Friday, media reported Tuesday.

PARIS (Sputnik) — According to the information on the mon-essence.fr website, based on the data uploaded by users, the most significant shortages have affected the biggest metropolitan areas such as Marseilles, the Paris region, the country's western Bordeaux and the region of Normandy, as well as settlement clusters on the French-Belgian border.

The drivers are threatening to paralyze the country by blocking strategic sites such as fuel depots. While labor unions are calling for the continuation of the strike, which started on September 25.

Many trade unions have opposed the measure, stressing that it is a way to deprive workers of their rights, since the reform will make it easier for enterprises to fire their employees. The reform also allows any given business to negotiate certain elements of remuneration, such as seniority bonuses or the 13th salary, with the workers directly, while previously they were set for the whole professional field.