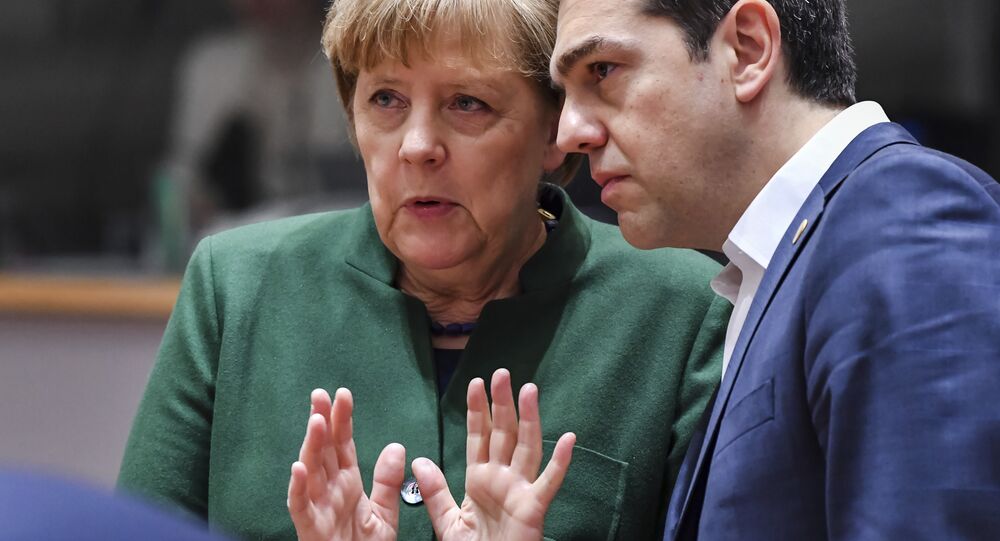 Germany's September 24 federal election produced mixed results for Chancellor Angela Merkel, but the biggest loser may end up being Greece. The government's hopes of debt relief and a resolution of territorial disputes with Turkey, among other issues, may be dashed.

The results of the September 24 Bundeswahl election in Germany has spread fresh anxiety in Athens, as Chancellor Angela Merkel's Christian Democratic Union (CDU) emerging victorious could spell trouble for Syriza's hopes of a kinder bailout program, and debt relief.

It was hoped another "grand" coalition between the Social Democrats and CDU would emerge, given the SPD has adopted a more dovish approach to Greece's financial woes, but the party's vote suffered a historic collapse, and the party has ruled out governing with Merkel again.

Eurogroup President , who visited Athens, September 25, suggested the result would not affect the Greek program, but with the Free Democracts (FDP) likely to re-enter government, such reassurances may not be entirely sincere.

Good talk w/ prime minister #Tsipras on Greece program.
Joint interest to finish program succesfully so Greece can get on its own feet again pic.twitter.com/c7ENeSCfe7

After all, the FDP's stance has been made repeatedly clear — Greece's debt will only be reduced if it leaves the eurozone, there will be no further eurozone integration, establishment of a eurozone finance minister or creation of a European monetary fund.

Moreover, coalition negotiations are likely to be protracted, lasting between two — three months — and with a third review of the country's bailout package scheduled to fall during the period, Greek leaders are understandably concerned the assessment will not be completed within the scheduled time frame.

Warm welcome in Athens by president #Pavlopoulos. Had a good meeting about Greece's future. pic.twitter.com/bApq50wEfn

Elsewhere, the success of right-wing Alternative for Germany (AfD) could result in Merkel's new adopting a tougher stance on a range of both economic and non-economic issues involving Greece.

In respect of the former, the highly euroskeptic AfD consistently used the Greek situation as a vote winner, attributing Athens' woes to the excesses and profligacy of the euro project, rather than austerity measures.

In the latter case, immigration and German-Turkish relations loom large. The two countries have been antagonistic ever since Greece split from the Ottoman Empire in the 1800s, and their respective NATO membership has done nought to quell the hostility.

Such is Greece's fears over their Aegean neighbor, the country has consistently maintained one of the highest defense expenditures as a percentage of its GDP in all Europe — it is one of only five NATO members to exceed the "two percent" spending target.

However, Germany is engaged in its own Cold War with Ankara, and a further straining of relations could worsen Greece and Turkey's frayed ties.

Such are Athens concerns over the issue, Foreign Minister Nikos Kotzias is being dispatched to Ankara October 24.