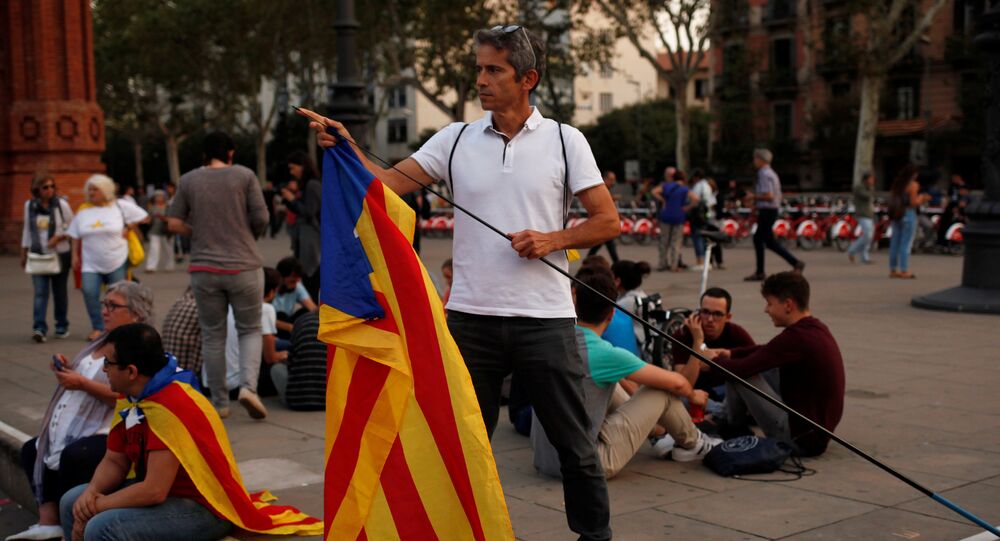 Amid the political crisis in Spain triggered by the decision of the Catalan authorities to hold an independence referendum, Spain's prosecutor general says that the detention of Catalan President Carles Puigdemont, who insists on the vote, is feasible.

MADRID (Sputnik) — Spain's Prosecutor General Jose Manuel Maza on Monday did not rule out possible detention of Catalan President Carles Puigdemont over steps toward the region's independence referendum, which has been deemed illegal by Madrid.

The Spanish prosecutor has previously warned that Catalan officials involved in the preparation of the referendum on independence could be charged with disobedience, abuse of power and embezzlement of public funds.

"The possibility that an arrest warrant for Puigdemont over embezzlement will be requested is still open," Maza told radio broadcaster Onda Cero.

However, the Spanish prosecutor general added that it would be unreasonable to detain Puigdemont immediately, as the law enforcement agencies try to take adequate measures.

Catalonia Vote: Will It Trigger Spain’s Collapse?
The situation in Catalonia deteriorated last week, when Spain’s Civil Guard detained over a dozen of people in a raid related to the preparations for the independence vote. Numerous searches were also held in a number of governmental institutions, including Catalonia's government. The activities of the Spanish authorities have triggered a wave of protests across the country's northeastern region.

On September 6, Catalonia’s Parliament passed a bill enabling the independence referendum to be held on October 1. Madrid called the bill illegal and challenged it in the nation's Constitutional Court. The next day, the Constitutional Court accepted the lawsuit for review, which means suspension of the legislation.

Spain Ready to Pay for Catalonia Dropping Its Independence Bid