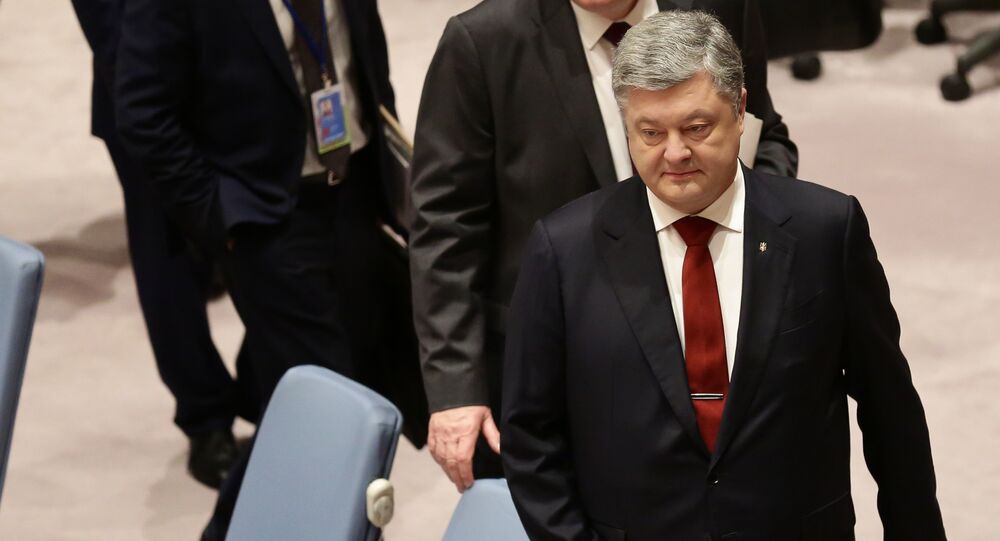 In March Russian Foreign Ministry spokeswoman Maria Zakharova characterized Poroshenko's forced Ukrainization as "linguistic genocide at the state level" and now with the decision to implement a new education reform, Ukraine is likely to prove again it matches this characteristic well.

KIEV (Sputnik) – Ukrainian President Petro Poroshenko signed into law a new bill on education reform, which includes a clause limiting the use of minorities languages in state schools, the Ukrainian presidential press service said on Monday.

The new law on education envisages that from September 1, 2018, children from national minorities will only be able to study in their native language at the primary school level, while secondary and post-secondary education will be in Ukrainian. Classes at all levels are supposed to be taught exclusively in Ukrainian by 2020. However, students will still be able to study minority languages and literature as courses. The schools will also be given the opportunity to teach one or more subjects in English or one of the EU languages. The bill also stipulates a raise in teachers' minimum wages from $202 to $370 and transition to 12-year education system.

"The Ukrainian president signed the №2145-VIII ‘Law on Education,’ which was adopted by the Ukrainian Verkhovna Rada on September 5, 2017. The adoption of the law will allow holding a large comprehensive education reform that will improve the education’s quality and the competitiveness of the younger generation on the labor market," the press service said.

© Sputnik / Vladimir Pesnya
Moscow Sees 'Linguistic Genocide' of Russian Language in Ukraine
Poroshenko pointed out that the law increased the role of the Ukrainian language in the education process, which will ensure equal opportunities on the labor market for each graduate.

"Ukraine demonstrated and will further demonstrate the attitude to the ethnic minorities that is in line with our international commitments, with the European standards and is an example for neighboring states," Poroshenko said, as quoted by his press service.

The president also asked the Foreign Ministry and the Education Ministry to hold the necessary consultations with European partners including the Council of Europe.

At the moment, nearly 10 percent of the Ukrainian children are receiving education in one of minorities languages — Russian, Polish, Hungarian, Romanian, Moldovan, Slovak and Crimean Tatar. The Hungarian, Romanian and Russian authorities criticized the new Ukrainian education reform, stressing that it violates the rights of the country’s ethnic minorities.