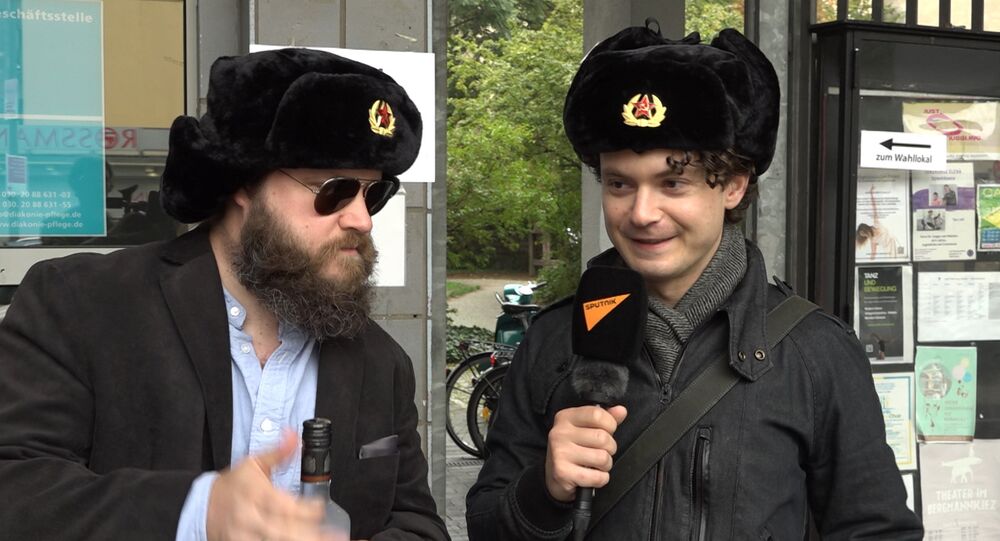 On September 24, Sputnik Deutschland correspondents showed the world exactly how Russia may influence the parliamentary election, employing a secret Russian weapon that few could resist.

Voters who flocked to one of the polling stations in Germany to cast their ballots suddenly found themselves facing Sputnik Deutschland correspondents wearing ushankas and carrying bottles of vodka.

Most of the voters replied "no" and continued on their merry way.

However, those who stopped to chat with the correspondents and have a shot of vodka were subjected to the aforementioned dreaded Russian influence as they were advised to vote "as their conscience dictates."

This event came as a response to previous futile attempts by a number of MSM outlets to find traces of the alleged Russian influence in the election.

"Sputnik leaves it to the viewer to decide how convincing and serious this evidence is," the caption for the video states.