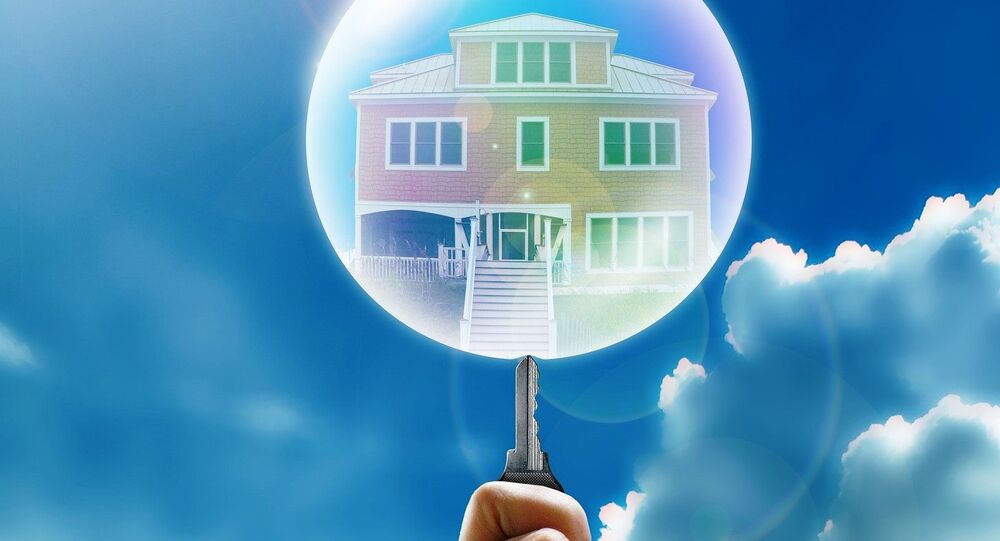 A Bubble About to Burst? UK Households Among the Most Indebted in the World

Official figures show UK households are drowning in debt, collectively owing trillions to banks. The Labour Party has announced a new policy to battle the deluge - although the country is somehow far from first place in international rankings of household debt.

Official figures indicate UK citizens are among the most indebted in the world, with UK citizens owing a collective US$2.09 trillion (£1.55 billion) as of July, up from US$2 trillion a year prior.

Labour is to announce plans for a cap on the total interest anyone can pay to a credit card company at the party conference, September 25.

The proposal would see total costs capped to ensure nobody pays back in fees or interest payments more than the total amount of their original borrowing. Similar rules already apply to payday lenders, such as Wonga.

Shadow Chancellor John McDonnell is to say at the conference in Brighton that the last seven years of Conservative rule have created the "perfect storm" of stagnating wages and growing personal debt.

"We've seen with payday loans that some companies were making massive profits from people's financial difficulties. Under pressure, the government has been forced to cap interest payments on payday loans — millions of credit card holders are trapped by debt. They've paid more in interest charges and fees than their original borrowing. I'm calling upon the Government to act now apply the same rules on payday loans to credit card debt. It means that no-one will ever pay more in interest than their original loan. If the Tories refuse to act, I can announce today that the next Labour government will amend the law."

© Photo : Pixabay
How to Buy a House in London: Earn 14 Times Your Salary, Property Experts Say
In all, between March 2012 and March 2017 there has been an inflation adjusted increase in household debt of 7.3 percent, compared to a growth in wages as low as 0.7 percent. The UK's household debt to GDP has almost returned to the zenith witnessed in the boom years prior to the 2008/9 financial crisis — 88 percent.

Of the debt, US$93.3 billion is credit card debt, and UK consumers collectively pay an average US$185 million in interest payments daily.

The deleterious impact of this debt mountain on citizens cannot be underestimated. An average of 248 people are declared insolvent or bankrupt daily — the approximate equivalent of one person every six minutes — and 13 properties are repossessed daily — roughly the equivalent of one every two hours.

Citizens Advice Bureaux, which exist to help citizens with a variety of common issues, deal with around 4,000 new debt cases a day, with debt representing 27 percent of all cases the Bureaux deals with.

Moreover, the problem is set to increase exponentially in years to come, with the Office for Budget Responsibility forecasting household debt will reach US$3.14 trillion (£2.32 billion) by 2022.

Nonetheless, UK households are but the sixth most indebted in the world. Switzerland stands at number one, with a household debt to GDP ratio of 128.5 percent. Such is the strength of the Swiss franc, the country's central bank has been attempting since 2010 to manipulate its currency down by imposing steeply negative interest rates. This has produced an environment in which household borrowing has thrived.

Second is Australia at 122 percent, where the national house price bubble has compelled consumers to fund home purchases with massive debts. This bubble verges on bursting in certain parts of the country, and could spread further afield.

Danish households are third, at 118 percent. It has been argued by Denmark's leading center-right think tank, Cepos, that this is attributable to the country having the highest taxes in the world, while only clocking in at sixth-highest in respect of wages. The think tank compares the situation to Danes effectively working Monday — Thursday lunchtime to pay for their taxes, and the remaining day and half for themselves.

Scandinavian neighbor Norway also struggles with the same issue, and clocks in fifth at 101 percent, with the country's household debt-to-GDP ratio more than doubling between 2002 and 2017.

Technology Fail: Credit Card Frauds Up in US Since Chips Introduced

What to Do About Household Debt?